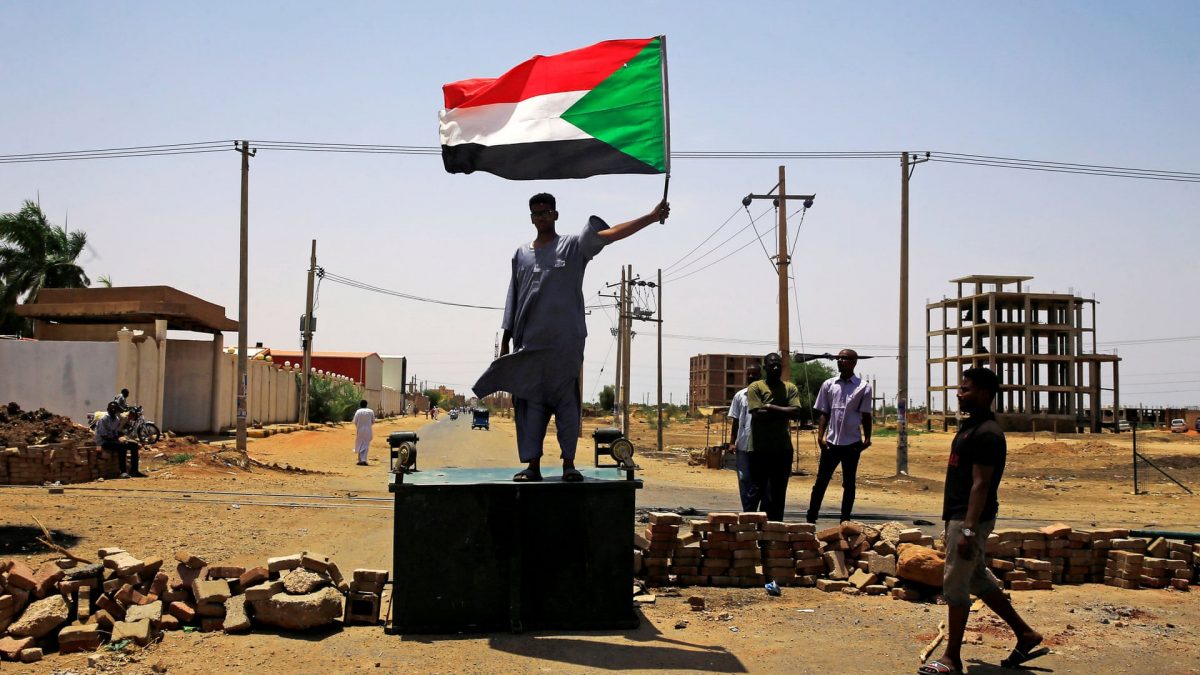 Recently I got into a discussion with someone on Instagram who questioned why the media don’t report about the Sudan massacre. I responded saying that decisions regarding news reporting are sometimes more nuanced than you think, something that I learned at my current job at a national Dutch newspaper. But I take that back now and here’s why.

I couldn’t let these thoughts go so I decided to direct my questions to the news chief of our department. I got the answer that Sudan is ‘too far away’ and that the Dutch people simply won’t care about it, which means an article about Sudan wouldn’t generate as many clicks as others. Simple, I thought, the motivations are purely monetary.

But the answer didn’t take away my feeling of injustice. In my opinion not reporting on Sudan contributes to the larger issue of white-washed news reporting on non-Western events. I decided I had to direct my questions to the highest power in order to get better answers. And so I did. While uncomfortably making my way to the office of the chief editor– mind you, I’m an intern – I practiced my lines and rehearsed my arguments. I knocked on the door and, to my surprise, was welcomed with open arms to ask my questions.

Unfortunately, the answers I got were similar to what I was already told before. The news doesn’t directly involve or concern Dutch citizens so it won’t be read as much as other articles. To make it worth writing about, there has to be a lead or a personal story. Something that connects the reader to the events.

The chief editor also taught me a journalistic rule of thumb: news coverage is based on the number of deaths divided by the distance. At first, I thought it was a joke, but after some research, this sadly turned out to be a common practice. And to me, this is the foundation of the problem of misrepresentation in the media. There is a very selective process when it comes to news reporting and that is why we read more about a church that burned down in Paris than on mass slaughters that are happening every day in Sudan.

I felt slightly unsettled with this thought and it didn’t seem just to me. For that specific reason, I wanted to use the little voice that I have and the small platform that I possess to spread awareness about the situation in Sudan. I’m not a journalist, nor an investigator, and all the ‘facts’ I present come from doing my own research on the Internet. Because of that, the numbers might not always be correct. But to me, in cases like these, the numbers don’t matter. It’s the people that do. And to my knowledge, people are losing their homes, their connection to the outside world, their loved ones, and their lives.

The troubling situation in Sudan is not something from the last days or weeks. In fact, tensions have been rising ever since the Sudan uprising in December of last year. Around that time, prices of food and fuel increased, which initiated rallies and demonstrations by the Sudanese people. However, these rallies quickly morphed into mass protests against the President, Omar al-Bashir.

The protests started with a positive motivation to initiate change and reformation. It was mainly led by a lot of strong and powerful women, resulting in some iconic images spread on the Internet.

Sadly violence increased and nationwide mass civil disobedience campaigns emerged. On June 3rd of this month, the bloodshed reached a shameful height when soldiers opened fire on a pro-democracy sit-in in the capital Khartoum. This atrocious and cowardly attack resulted in the loss of 118 lives.

Since then, the massacre continues and everyday people lose their lives to this horrific conflict. According to local doctors, so far 500 people died, over 700 injured, 650 arrested, 54 raped, 1000 missing and over a hundred bodies have been found floating in the Nile.

Why are the Sudanese people protesting?

Under Bashir’s government, it is estimated that during the Sudan genocide between 2003-2004 more than 15,000 villagers were killed by a militia group known as the ‘Janjaweed’. Some reports even estimate that as of today, over 480,000 were killed and around 2.8 million were displaced from their homes. The military is also accused of raping women and using chemical weapons against civil communities.

The chief prosecutor of the International Criminal Court issued several warrants for Basir on charges of war crimes. Surprisingly, in 2014 these were suspended because of the lack of support from the Security Council of the United Nations.

Finally, after 30 years of absolute power, Bashir was arrested in April of this year and removed from his presidential positions during a military coup led by the Sudanese defense minister, Ahmed Awad Ibn Auf. This resulted in the military taking control over the country and serving as the interim government with the defense minister as ‘Head of State’. This lasted for only one day. He then quickly resigned and transferred his powers to Abdel Fattah Abdelrahman Burhan, who’s now the current ‘Head of State’.

Originally, the military council agreed on a three-year period where it would transition Sudan to a democracy. However, talks stranded in May and since then the military has been in full control over the country. The Sudanese people want a total downfall of the regime and not just a new one with the old members.

The demonstrations will not end until the military generals give the power to a civil transitional authority. The people of Sudan demand a democracy with a new and fair government.

Sudan only became independent from the Egyptian ruling in 1953. They were always governed by unstable parliamentary governments and military regimes. The time for democracy is now.

The Sudan authorities recently blocked Internet access to prevent mobilization for protests. But this also means it’s extremely difficult to get sufficient reporting from the country. And it’s even worse for those who want to contact their families. Because of this, the conflict seems to pass most media, governments, and the public.

To not let these atrocities quietly pass by, please talk about the Sudan conflict with your family, friends, peers, or colleagues. Make everyone aware of what is going on in that country.

Just because we live in the safe Western world, that doesn’t mean we can turn a blind eye to those in need in other parts of the world. Don’t be oblivious to the injustice that is happening in Sudan every second of the day.

“Privilege is when you think something is not a problem because it’s not a problem to you personally...
These Students Are Voting in the 2020 US Presidential Election and This Is Why
The Netherlands Is Facing a Refugee Crisis and It Isn't Just Because of the Numbers
Tags #biased #genocide #massacre #politics #sudan
Interviews