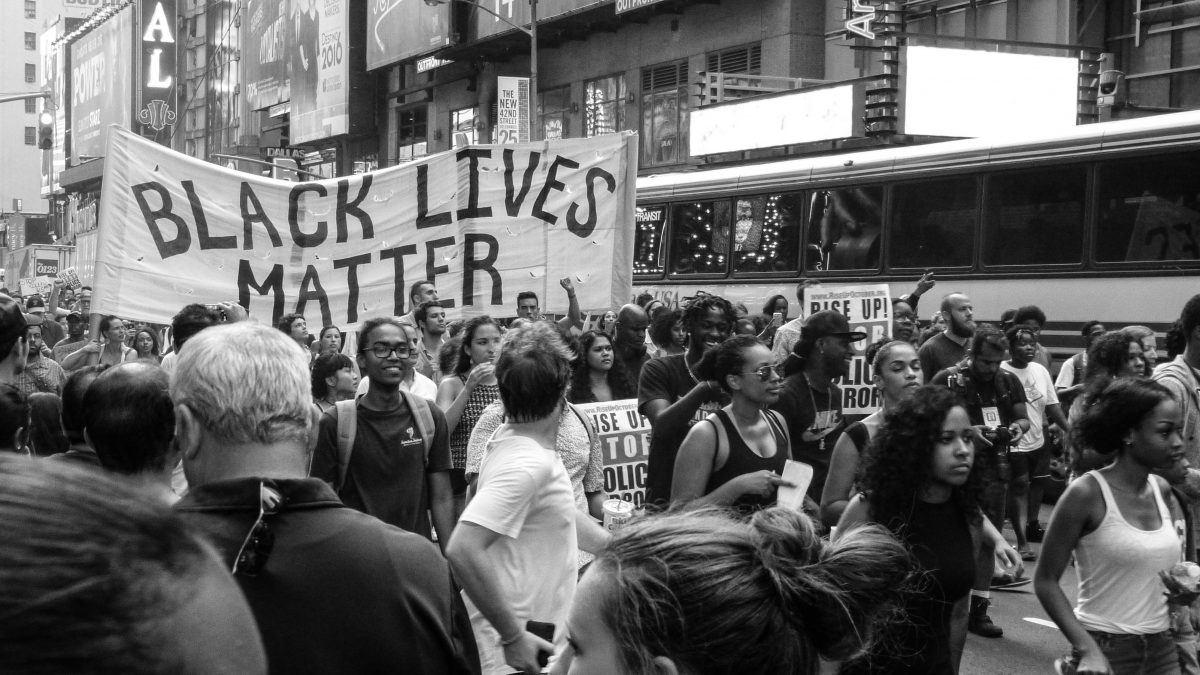 White privilege is a real thing, despite the fact many people deny its existence. And if you’re not a person of color, you have it too. In one of their most underrated songs, Macklemore & Ryan Lewis managed to capture the core issues of white privilege in a few verses. I will discuss these issues following the lyrics.

The track opens with Macklemore describing the difficult position a white person is in when it comes to the Black Lives Matter movement. Do you openly vocalize in favor of the movement? Or is it not your two cents to speak out? He then notices one important difference between the white policemen and him:

Read further under the song

Even Macklemore himself recognizes how he did this too. He took the hip-hop sound from black culture and sold it to make a living for himself. Getting inspired by other cultures/nations is not the problem. But when those people that you steal from are in need of help, are you giving it to them?

One way of helping the black community is by joining the marches and protests. But you should only do this when you sincerely care about racial issues. Or like Macklemore describes it: “Are you marching for freedom, or when it’s convenient?”

Going on your Instagram and reposting a Black Lives Matters post is not helping. Using some hashtags and Tweeting ‘R.I.P. (insert name of a black person that died because of police brutality) is not helping.

In my opinion, it is not up to white people to go into the streets and lead protests. But their role should also not be passive. Start with eliminating racism in your own environment. Be more accepting of others and recognize the racial issues in the world.

Have those awkward conversations with your family and friends; discuss what racism means to you and in what way you can help solve it. And if you then feel like you need to raise your voice and publically support the marches and protests, do it.

When you question the existence of white privilege or doubt that you benefit from it as a person, then think about the following.

When you walk into a convenience store, go to the isle of shampoos and hair products, notice how most products are made for your hair type. Notice how most models on the packaging look similar to you.

If you’re a girl and white, go to the make-up products. Notice how most shades only cover your skin range. When buying pantyhoses, notice how they’re mainly catered towards your skin color?

When you turn on the TV, notice how it’s mainly your race that is represented. And when you do see the representation of minorities, they’re either the black villain, the first one to get killed, or the overly aggressive African army guy.

When you walk on the streets or drive your car late at night, notice how you’re not stopped by the police for questioning. Understand that you’re not automatically suspicious when you wear a hoody outside while it’s dark.

When you look at your government, notice how most representatives are from your race. Pay attention to the people working in restaurants, those cleaning the streets, or the ones emptying the trash bins at the metro stop. Notice how these are mostly people of color. And no, that is not because they are underachieving or not motivated to strive for success. It’s because systematic racial inequalities prevent them from getting higher paid jobs.

Black people make up only 13 percent of the US population, but they make up 40 percent of those incarcerated. A black person in the US has a likelihood of 1 in 3 to do jail time at some point in his life. A Latino 1 in 6 and a white person 1 in 17.

White privilege is both a result and a cause of racism. It oppresses any person of color to have an influence on decision-making processes. It prevents them from having equal opportunities, and it blocks them from accessing the same things as white people.

But this is not only happening in the US. Racism is still very prevalent in European countries. In the Netherlands – a country with over 22% of its inhabitants having a foreign background – racism and ethnic discrimination is happening on the highest level of the social systems.

According to a report by Politie & Wetenschap (2016), over half of all police stop and searches involved allochtonen (immigrants or their descendants). But what’s even more striking, over 40% of the allochtonen stopped and searched turned out to be ‘clean’. Racial profiling is therefore not only an American thing. In fact, it’s very much happening in a lot of European countries too.

I want to point out something else that has been really bothering me. I see a lot of people using the counterargument: ‘All lives matter’. First of all, when you say ‘All lives matter’ you literally sound really dumb and ignorant. Second, supporting black lives doesn’t mean any other lives don’t matter. It is not about any life being more valuable than another. It’s about helping those that are in need.

Macklemore uses a perfect analogy for this:

White privilege is not something we can fix or erase. But luckily we don’t need to. What’s more important is to understand what it means to be privileged, and what kind of advantages it gives you over other people.

The first step is to recognize that you carry a privilege because of the color of your skin. Every person of color in a predominately white civilization is automatically a few steps behind on white people.

Try to read an article, pick up a book, initiate dialogue. Find out what role race plays in social issues like health care, employment, housing, crime, etc. Understand the community, and understand how, because of your race, any problem that you have in your life is not made worse by the color of your skin.

A great misunderstanding is that you are racist when you have white privilege. But that is not true. You can be the most racial accepting and welcoming white person in the world, but you still have privilege because of your skin color.

Even when you personally do not experience racism or discrimination based on your skin color, you should still advocate for equal rights. In the end, we’re all children of the world and when one person is hurting, we’re all hurting.

Distancing yourself from these difficult debates because it doesn’t affect you personally is wrong. White privilege is something you will always have because of your skin color. But that doesn’t mean it has to contribute to the racial issues. Use the knowledge that you have to make a difference and speak up for what’s right.

Injustice anywhere is a threat to justice everywhere