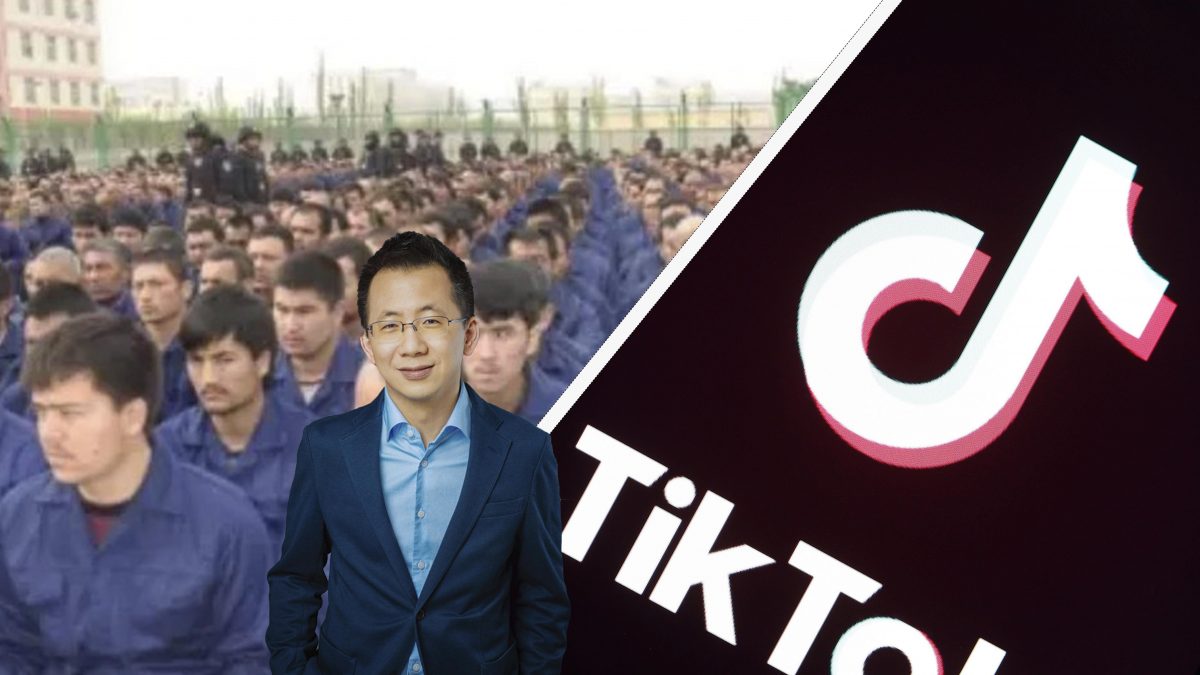 Quarantine pushed many of us to social media platforms such as TikTok for our daily dose of entertainment. From cute dances to Doja Cat’s Say So, to awkward and cringe-worthy challenges like #fliptheswitch. But using TikTok means that you contribute to the exploitation and death of millions of people.

It all started In 2019 when TikTok banned an American user after she made a video about the internment camps in Xinjiang in China. In her video, she informed people about the gruesome situations happening in that region. This led many to believe that TikTok is censoring its users in support of the Chinese government.

Following these suspicions, the Australian Strategic Policy Institute’s International Cyber Policy (ASPI) investigated the parent company of TikTok, ByteDance. They found that the owner of TikTok, Zhang Yiming, supports China’s repression campaign of the Uyghurs by providing the company’s technology. Together with Huawei, they work to disseminate propaganda about Xinjiang and monitor the Ugyghur population, ASPI reports.

Other leaked documents show how ByteDance censors specific content on their platforms that is not in line with the policies of the Chinese government. These findings are suspiciously similar to the case of the deleted TikTok video. The company quickly backtracked and reactivated the account. However, they gave no clear and constructive reason as to why the account was suspended in the first place. They simply brushed it off as ‘human error’.

The one who’s probably laughing the hardest in all of this is TikTok owner Zhang Yiming, who is also the head of the mother company ByteDance. In 2018, the Chinese version of TikTok, Douyin, made a deal with the Xinjiang Internet Police department. They build a social governance model and used the Douyin app to surveillance civilians and spread propaganda.

Now you might be asking, what is so wrong with this? Very simple: the technology that is used and developed by ByteDance, and thus TikTok, is used for Big Brother-like activities in the Xinjiang region. For many years already, millions of Muslims from the Xinjiang region are held captive in prison camps. Ethic Turkic Muslims, among the Uyghurs and Kazakhs, are ‘re-educated’ outside of the legal system.

Reports and observations have shown that in reality, these camps look more like concentration camps, and many inmates become sick or even die. In other words: China is performing ethnic cleansing. The authorities rid the autonomous region Xinjiang of its native people.

Xinjiang is geographically located in west China, close to Kyrgyzstan, Uzbekistan, and Tajikistan. The Uyghurs are a Turkic ethnic group of 12 million people that originate from this area. Of which the majority, 11 million, live in China (Xinjiang). This region is known for a long-lasting conflict over control of the land. In the early 1900s, China exerted control over the majority of Xinjiang.

Between the 1950s and 1970s, the Chinese government sponsored mass immigration of Han Chinese people to Xinjiang. Their aim was to promote Chinese culture and eradicate the ethnic culture of the Uyghurs.

Today, millions of Uyghurs are held captive in these internment camps. China claims this process happens based on voluntary cooperation. However, experts around the world have proven this imprisonment is nothing like a voluntary process. Every day, people disappear and end up in these camps without trial or justice.

In the last years, China has significantly sped up the construction of internment camps. So far, the government arrested millions of people for no legal reason whatsoever. These prisoners are transported to internment camps to be re-educated’. In reality, these facilities look more like concentration camps. Recent studies report extremely unethical and humanly unbearable living situations.

Experiences of detainee Abdurahman Hasan, a Kazakh who moved to Xinjiang, revealed the brutal practices of the Chinese government. Prisoners are brainwashed and humiliated for hours a day. Others are forced to study communist propaganda and praise the general of the Communist Party.

Some Muslim detainees reveal how they were forced to drink alcohol and eat pork, practices which are forbidden in Islam. There are also many reports of deaths due to unspecified causes. Reports by the Financial Times and the ASPI also show how many of the camps serve as forced labor camps. Here, prisoners produce products like phones and shoes under slavery-like circumstances for almost no monetary compensation.

The ASPI report further concludes that the tech companies, including TikTok, engage in deeply unethical behavior in Xinjiang. Their tech directly promotes the mass human rights abuses like the internment camps.

TikTok is the fastest growing social media network in history, with a value of 75 billion US dollars. Without its 500 million active users on the platform, the company could never be so successful and rich. And without those 75 billion dollars, it could also not remain supporting a genocide.

In other words, we as users from such platforms need to think critically about our own media consumption. Are we taking part in something so horribly wrong? It is important we hold the media accountable for such atrocities, and demand justice for what is right.

Obviously deleting your TikTok account will not solve this crisis for the Uyghurs in Xinjiang. But it is crucial to understand that every video you make supports the platform. This in turn ensures a consistent flow of monetary and technological support from ByteDance to the Chinese government and their re-education programs in Xinjiang.

Suggested read: The System Is Not Broken, It Was Made to Function Like This

Amateur Traders Are Fighting Wall Steet in a Groundbreaking Battle for GameStop
How you, as a Dutch volunteer, contribute to continental exploitation in Africa
Stop pursuing happiness
Tags #China #Internment Camps #uyghurs
Life