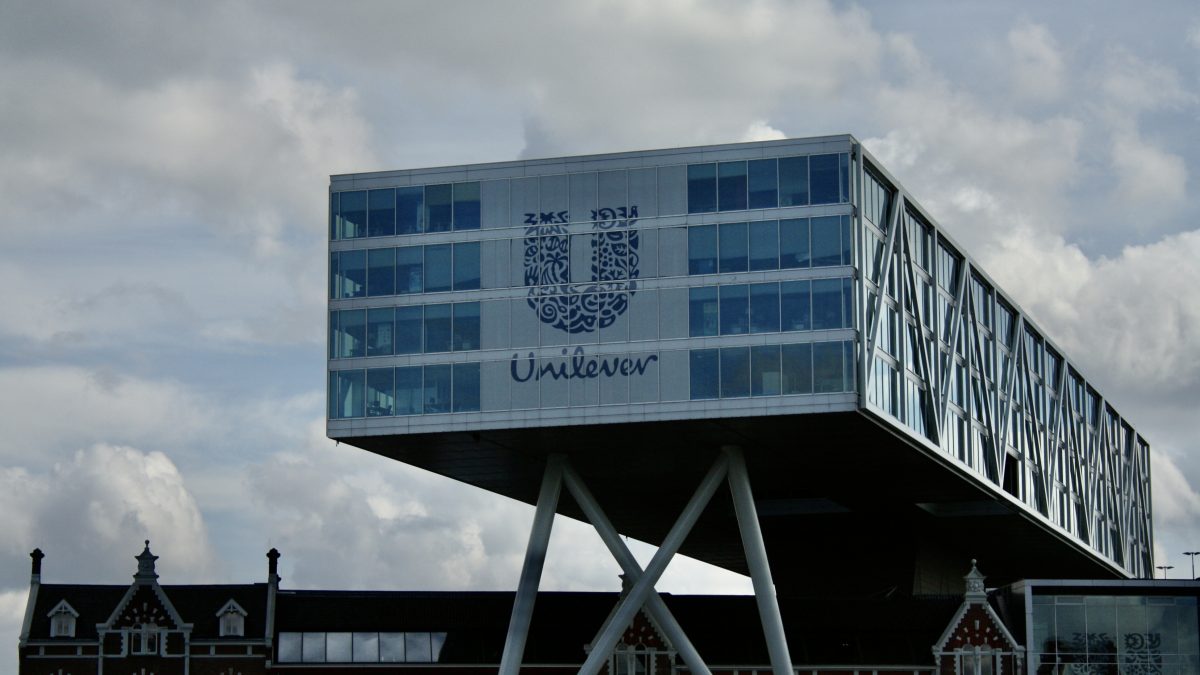 Unilever is a worldwide leader in the production of consumer goods, both food and non-food. Lipton, AXE, Vaseline, Ben & Jerry’s, Knorr, Robijn, Cif, and Dove are just a small selection of the brands that are owned by Unilever. You use their products every day, but have you ever wondered how ethical that consumption really is?

Recently, a friend questioned my ethical shopping behavior and it resulted in a lengthy rant of my hatred for Unilever. Not only because Unilever has been accused of forced- and child labor several times, or because they shoot rubber bullets at workers on strike, but also because they severely underpay their workers worldwide, as well as selling Nigeria to British colonizers in the late 19th century. Stay with me and I’ll highlight some of the problems with Unilever. I say some, because all would make this a longer read than the New and Old Testament combined.

In 2020, Unilever had a total revenue of 50 billion (!) Euros. Their operating profit was over 8 billion Euros, and the dividend given to stockholders reached a record high. Great, you would think. More money means better pay for workers, improved working conditions, a sustainable supply chain, and environmentally friendly packaging. Unfortunately, you’re wrong. Whereas the rich in Unilever got richer, the poor got significantly poorer. In 2019, the CEO, Alan Jope, received a 4,5 million Euros bonus. Divide that bonus over the 150k workers worldwide and you could give everyone an end-of-the-year bonus of 30 Euros.

Oh well, by now we’re used to rich men at the top of companies getting even richer. But what happens to the salaries of workers? Nothing. Unilever ‘promised’ to provide a liveable salary for workers all around the world by the end of 2030. That means another 9 years of slaving for your pay, until your employer recognizes your basic human needs. You can tell me a lot of things, but claiming that increasing a worker’s pay takes 9 years is absolutely unbelievable.

When I talk about ‘workers’ and being ‘underpaid’, don’t assume I talk about the white collars stationed in the head offices in Londen and Rotterdam. Trust me, they got nothing to worry about. When I talk about the underpayment of workers I refer to the ones at the bottom of the chain, working on the cocoa farms and the palm oil plantations. Mind you, there are countless accusations of Unilever exploiting child labor in these areas. So yes, your midnight snack could very well be sourced and produced by children or slaves.

Several organizations pointed out that multinationals lack transparency about the risks of forced labor. Even the ‘child- and forced labor statements’ are weak and do not offer any direct solutions.

To understand Unilever’s problematic present, we have to go back to its problematic past. The geographical location which we now know as Nigeria was, during the late 19th century, an interesting area for the Brits. The area was rich in natural resources such as palm oil, an ingredient that the British needed a lot of. A trading settlement, later called the Royal Niger Company, was responsible for the extraction of these resources, and selling them to the British. Locals were forced to sign fraudulent contracts which prevented them from free trade. Instead, they were only allowed to sell to the British.

When the local tribes broke these ‘promises’, the Royal Niger Company executed harsh punishments such as the slaughtering of the town of Brass. Eventually, the Royal Niger Company sold its territories (now knows as Nigeria) to the British government for 865 thousand Pounds. This started a period of British colonization and imperialism in Nigeria, which lasted until the early 60s.

The Royal Niger Company, which sold Nigeria to the UK for its colonization purposes, was later absorbed by Unilever. A company that to this day still operates in Nigeria.

When workers try to unite and call out the unethical practices of Unilever, they are often met with an iron fist. In 2019, workers from Durban, South Africa, peacefully picketed at a Unilever facility in the city. The Food and Allied Workers’ Union (FAWU) stated that private security hired by Unilever attacked the strikers by shooting at them with rubber bullets, using pepper spray, and paint balls.

In a statement, the FAWU said that “four of our members were seriously injured and two of them have opened criminal cases against the security guards in question. Workers were brutally shot at when simply attempting to go to their cars parked on premises agreed on between the parties.”

Slavery, child labor, deforestation, animal testing, toxic waste dumps, and the list go on. Logically, you would think a boycott would be the right course of action. However, short term this will not improve the living and working conditions of the underpaid workers of Unilever. Therefore, we need to continue raising awareness for the unethical situations happening in and around Unilever. Speak up, demand change, and hold those in power accountable for what is happening.

Do Our Favourite Creators Encourage Us to Have Trust Issues?