Home > Opinion > The Netherlands and The Coronavirus Response: Too Little and Too Late 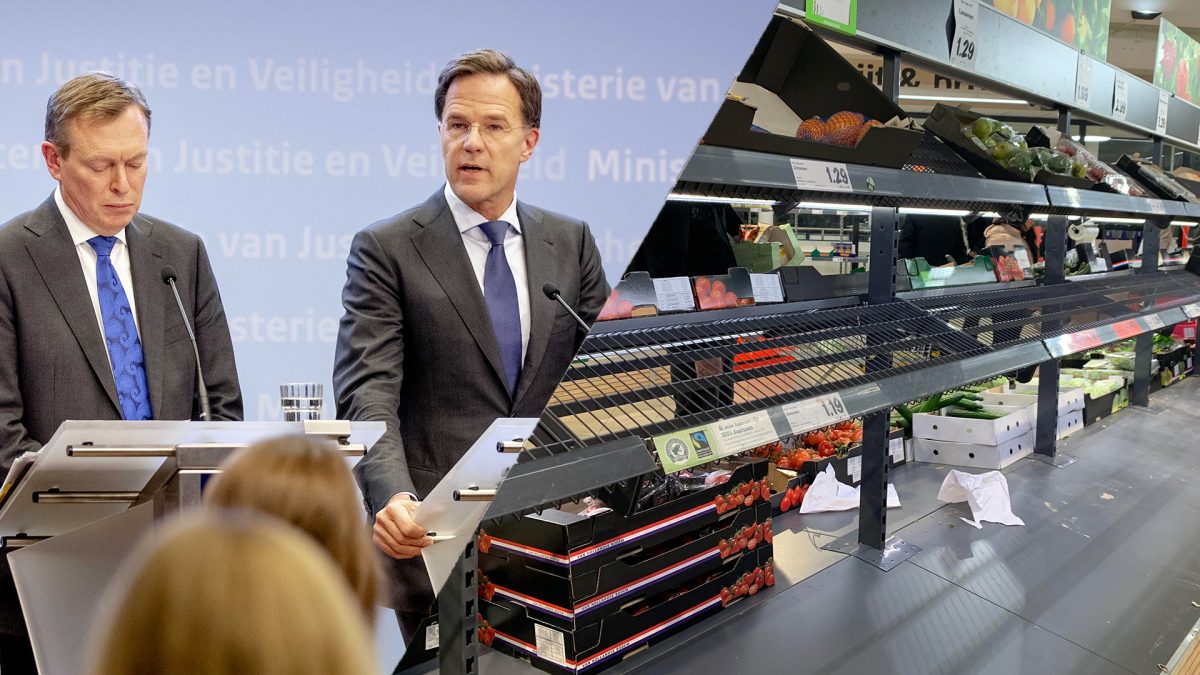 Let me first of all state that I firmly believe overreacting and panicking in situations like these cause nothing but harm to society and the welfare of all people. Having said that, I also believe that the Netherlands is responding too little and too late to the fast-spreading coronavirus. Irresolute measures are taken that do not ensure the safety and health of all people.

While countries all over Europe are closings schools (lower education and higher education), the Netherlands choose to only close universities and hogescholen. This decision is based on the fact that these types of schools are at higher risk because of the number of international students. High schools and primary schools do not have this risk. Besides, according to prime minister Mark Rutte, the negative consequences of closing these schools do not weigh up against the benefits.

Well, let me say this. How in the hell do we value the economy over the health of our people in times of crisis? Let parents figure out a way to take care of their kinds and manage to keep working. Let businesses find out ways to battle the loss of income. In other words: let this be taken care of by itself after we take the right precautions to close all schools. In the end, dealing with a threat like this is inevitably going to bring unwanted consequences.

[EDIT 13.03.2020 4:40pm]
During a second press conference, prime minister Mark Rutte said that the Netherlands is capable of taking economic damage as big as 10% of our gross domestic product. Additionally, companies who face financial struggle will get payment extensions from the tax authorities.

Then on the note of the universities. Why did it have to come so far before these measures were put in place? Don’t get me wrong, I understand bringing a halt to all education for such a long period of time is extremely damaging to the economy. Obviously this negatively impacts the study progress of almost a million students. However, don’t we value the health of these students, staff, teachers, and other employees more than the fact that it will cause long-term inconveniences? And don’t blame the universities for this! Everyone is following the advice by the RIVM (Rijksinstituut voor Volksgezondheid en Milieu), and can’t do anything until they come with clear instructions.

I understand being down-to-earth and reacting with a sober mind to such situations is very much embedded in Dutch culture. The ‘it’s not that bad’ or ‘we’ll see’ attitude is so prevalent, it even influences decision making in parliament. But during a pandemic that is having its grip on the world, this laissez-faire attitude will not protect the people!

Look what happened yesterday right after the press conference by Mark Rutte. People stormed supermarkets literally raiding the entire stock supply, out of fear they would not have enough provisions to survive a pandemic. Obviously this is bullshit and there is no shortage of stock whatsoever, but the fact that people are panicking, scared, and uninformed is the fault of the government and their lack of clear communication. Such a press conference with announced new measures comes for a lot of people as a surprise. The Dutch felt very secure for a long period of time, and the idea that people might lose that security pushed them into irrational actions such as rationing.

All in all, I hope everyone can stay calm and realistic. Yes, this a very scary virus and to this point, there is nothing like certainty or clarity. All we can do is focus on the science and the facts as we know them today. According to the World Health Organization (on March 5th), around 3.4% of all infected have died. Only around 2% of all cases worldwide are people under 20, of which most do not even show sickness. Patients above 80 years old have a 14% fatality rate, for younger people, this is significantly lower. On average, a patient would infect 2.2 other people. In comparison, this is 1.3 for the normal flu.

The advice of the RIVM on the coronavirus as of 13 March is the following:

Also read: Corona and the Media: When Free Speech Becomes Hate Speech
To stay up-to-date on the latest developments: AD.nl

What Is White Fragility, and Why Is It Dangerous?
Gay Blood is Good Blood
How the Instagram 'Name Change Prank' Exposed Racist and Homophobic Users
Tags #corona #coronavirus #health #politics #rutte
Opinion