Home > Fashion > Visible Invisibility: Three Black Designers and Their Step Towards the Future of Fashion

Visible Invisibility: Three Black Designers and Their Step Towards the Future of Fashion

During this uncertain time for the world and the fashion industry, designers need to step up their game and find new ways of presenting their fashion with such limited options. Runways, photoshoots, and events are physically not possible right now. So designers are finding new ways of exploring their creativity and presenting their new products, virtually.

Due to the current situation in America and the lack of representation of black designers in the fashion world, I decided to write about these three designers, whom I consider very influential to the industry.

Anifa Mvuemba is the designer behind Hanifa. A brand that designs ready-to-wear apparel for women. Anifa launched her brand in 2012, aimed for black curvy women. She designs fashion that fits the complexion of women of color, and that is comfortable yet sexy to wear.

A week ago, Hanifa presented their latest collection in a fashion show where everyone could attend and see the garments in first-person. However, this show was a little different as it did not include models. Instead, the clothes walked the runway by themselves. Six looks were presented, in a collection with strong connections to the Democratic Republic of the Congo, like the two first items that used the colors of the Congolese flag. Mvuemba did not use models, yet this runway very much shows strong, female power.

Perhaps a new and innovative way of designing is using Augmented Reality (AR). Londoner Ommy Akhe creates “ immersive digital experiences with lasting impacts”. This creative developer uses AR technology, in which she designs and accentuates existing designs of brands like Louis Vuitton and Dior. In a market where modernity and technology are very important right now, Akhe designs to meet this demand. From face filters to rugs, to bodysuits that change patterns. As a young AR designer, Akhe is a pioneer in paving the way for digital fashion.

In the world of technology, which is predominantly led and represented by white males, Akhe shows us the beauty of diversity and the power that she carries, as a woman of color.

Pyer Moss, the fashion brand created by Kerby Jean-Raymond, is more than just a fashion brand. As Jean-Raymond describes it himself, Pyer Moss is an “art project”. Jean-Raymond is an advocate for black visibility and does so through the art of his fashion. From bringing New York Fashion Week to Weeksville, the historic black neighborhood in Brooklyn, to revisiting American pop culture through an African-American lens.

His collections often involve storytelling and activism. His coming collection is accompanied by a documentary named: American, Also. This documentary captures the two years leading up to the Spring/Summer 2020 fashion show that illustrates the path of Jean-Raymond as a designer. Jean- Raymond has announced that because of the coronavirus, this fashion show and the screening of his documentary will be in the form of a drive-in fashion show.

These designers are clearly taking a step forward in imagining the future of fashion. And designers like these are the ones we have to be looking for all along.

Item of the week

For this week’s recommendation, I suggest you support the Black Lives Matter movement by buying their merchandise. These garments are designed by the official Black Lives Matter campaign and are recognizable symbols of the movement. Fashion has always served multiple purposes throughout history for people to express themselves. This includes reflecting on societal values and current political issues.

Something that you can easily do to support the BLM movement is to donate to this cause or the many others supporting the movement. To make your contribution, click here.

10 Lessons to Take Away From The Beyoncé Commencement Speech 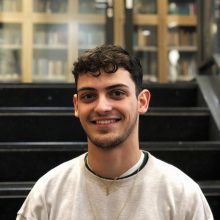