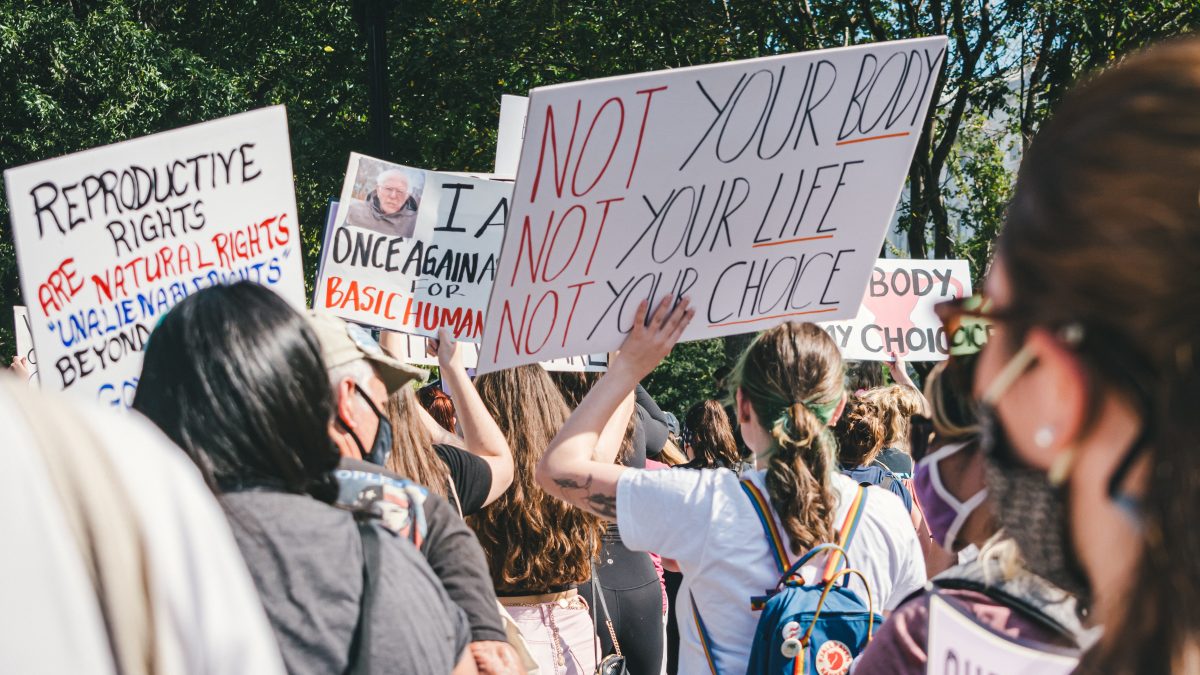 Once self-proclaimed ‘greatest nation on earth’, now finds itself at the bottom of the barrel. Just when you thought American politics could not get any worse, you’re proven wrong. In what almost seems like a bad ending to a movie, people who can become pregnant in the United States just lost their right to abortion. Hundreds of healthcare workers and scientists around the world condemn the action and accuse the Supre Court of having “blood on their hands”.

Earlier this year a leaked document from the Supreme Court labeled ‘1st Draft’ revealed possible plans of the majority court to overrule the federal right to abortion. Roe v. Wade, as the case is called, was a landmark case of the U.S. Supreme Court in 1973 which ruled that the Constitution protects a woman’s right to have an abortion. Today, June 24th, Roe v. Wade was in fact overruled. As a result, it is expected that abortion will be banned in almost half of all U.S. States. In fact, thirteen states had already passed trigger laws that automatically come into place once Roe v. Wade would be overruled. Because of this, abortion is now already illegal in Texas, Oklahoma, Louisiana, Kentucky, and South Dakota.

The Supreme Court, which consists of 9 judges, is one of the most conservative-leaning in modern U.S. history. Thanks to three new appointments under former President Donald Trump, the majority of the group leans into conservative lawmaking. In response, President Joe Biden calls this a “realization of extreme ideology”. Biden continues, “It was three justices named by one president, Donald Trump, who were the core of today’s decision to upend the scales of justice and eliminate a fundamental right for women in this country. Make no mistake, this decision is a culmination of a deliberate effort over decades to upset the balance of our law.”

You would think that the decision of the court reflects the voice of the people. Wrong. Several studies show that the majority of people in fact do support pro-abortion laws. But you don’t even need the majority of all people to agree on abortion laws. The only opinions that matter are those of people that can in fact get pregnant. And somehow, it is a majority of men who are responsible for this political setback.

Interestingly, most people seem to be in agreement on bodily autonomy. In other words, one’s rights over their body. It seems self-evident that no one can be forced to donate organs or blood. Regardless of whether the person would be dead or alive. This is because people have bodily autonomy. Not just people, but also corpses. Yet somehow we seem divided over the fact that pregnant Americans can choose to abort a pregnancy. Even when the pregnancy is a result of rape or incest. Make it make sense.

More than 100 healthcare groups across the globe have condemned the overturn of abortion rights. Health professionals warn that this selfless decision of political actors and judges will cost lives in the years to come. Dr. Alvaro Bermejo, director of the International Planned Parenthood Federation (IPPF) writes: “the justices who put their personal beliefs ahead of American will, will soon have blood on their hands, and we are devastated for the millions of people who will suffer from this cruel judgment.”

Banning abortion is not the solution to preventing abortion. Look at Europe for example, where with the exception of Malta abortion is legal in every country. And yet abortion rates are not high. In order to decrease the abortion rates, access to sex education must be guaranteed. Contraceptives need to be widely available. Not just through a doctor or pharmacy, but also in schools. All children across all schools should receive sexual education. Including high-schoolers and college students. Preventative sexual health care such as birth control must be accessible to anyone, free of charge. Maternity health care, as well as maternity and paternity leave, must be guaranteed. And child care, such as subsidized daycare, needs to be free and available to anyone.

Matter of fact, installing a legal minimum wage that people can actually live off, would already help to decrease the number of abortions. Or access to free mental health care. Quite literally any other solution would have been helpful to decrease abortion. The one thing that will not work is banning abortions. And why? Because inevitably the child will be the victim. Born to parents who do not want to raise a kid. Ending up in foster care, or being raised in an environment that is unsafe. Let alone the people who will still try to get an abortion illegally, putting their own lives at risk in the process of it. But somehow, the combined three brain cells that run the Supreme Court could not think of this, and instead choose to take a leap back into the 1800s.

And the ironic hypocrisy is that those exact same people who scream ‘pro-life’ at the top of their lungs, refuse to care about actual lives that are lost. These people, specifically old men, dare to say ‘pro-life’, while at the same time owning a storage unit full of guns and supporting war and capital punishment. It is the same politicians who are ‘pro-life’, yet refuse to impose stricter gun laws.

Where many once looked up to the U.S. as pioneers of the free world, it is now merely an embarrassing failed experiment where time seems to be moving backward instead of forward. As Biden points out in his address, “the court laid out state laws criminalizing abortion that go back to the 1800s as rationale — the court literally taking America back 150 years.” Famously quoted in its national anthem, the United States is the land of the free. But clearly, this only applies to white Christian men. And until basic human rights are granted and actively protected, such as access to abortion, it appears that this tainted image of a deteriorating nation will not disappear.