Home > LGBTQ+ > Normalizing the ‘abnormal’: an interview with activist to be, Berdan Kaplan 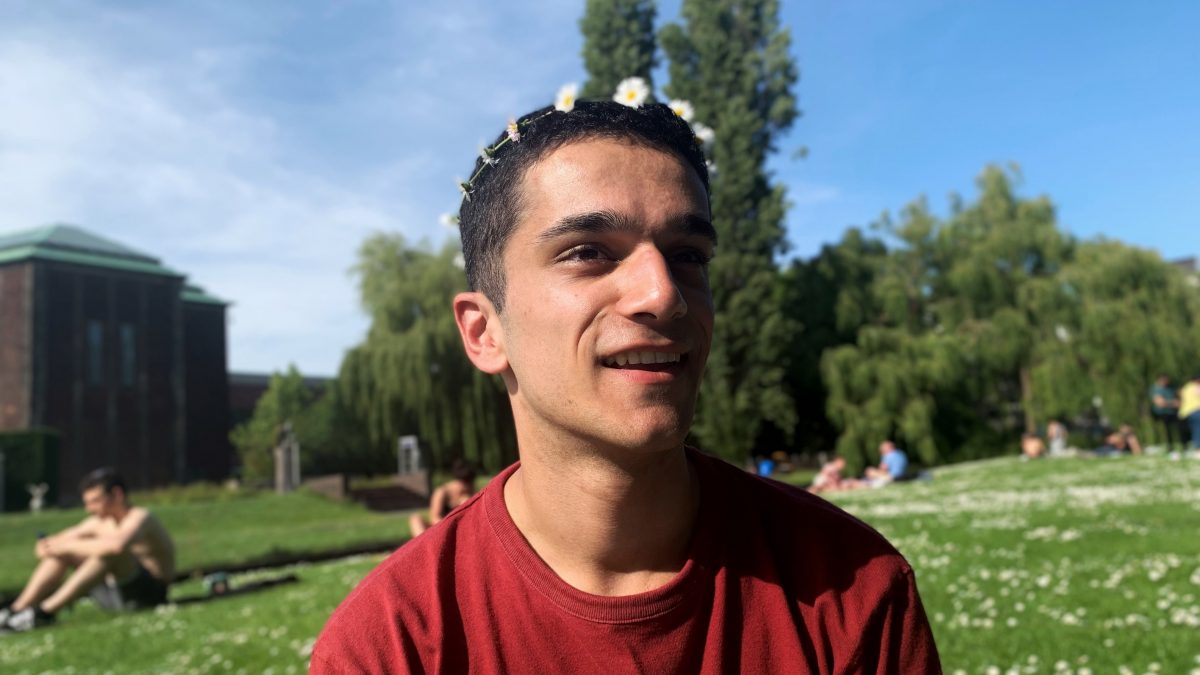 In this new series called Becoming I interview six young people that have one thing in common. They all have a dream. From becoming a successful entrepreneur to changing the world. Six stories, six dreams.

In this first edition, I interview Berdan Kaplan. Berdan is a proud (and out) member of the LGBTQ community. He is known for being vocally active in support of the community, and always shedding a light on issues that he finds important.

“The feeling of normalizing homosexuality is really pleasant. The world is so heteronormative, and I want to change that.” Heterosexuality is seen as the norm and taken as the ‘normal’ thing for most people. Because of that, anyone who is not heterosexual often feels out of place and cannot be fully expressive of their sexuality.

Berdan explains how this is not something out of the ordinary. In fact, it happens every day: “At work when we talk about relationships, the women mention their husband or boyfriend, and the men talk about their wife or girlfriend. But when I want to share something, from my perspective, it is seen as something special, and people get really curious about how a relationship between two men work. I noticed how people get really curious about the love between two people of the same sex, while for me, it’s nothing but normal.”

This unawareness that people have, and the ignorance that comes with it, is what drives Berdan to do what he does. When I asked him about his ultimate dream or goal, he was very clear: “I want to keep studying, get my Ph.D., perhaps do something related to gender or sexuality studies. I want to educate myself, and use this knowledge to inspire others.”

Many activists start off as a TV-celebrity, or social media influencer. But this is not something Berdan wants to do. “If there’s something I don’t want to put time into, it’s being a social media influencer. You have to deliver content 24/7, and it’s often not a real representation of your life. And that can be really tiring.” But he does realize that in order to become a successful activist, he first needs to get a bigger name. “You first have to contribute something to the world, it’s all about giving and taking. Write a book, do research, make television, direct movies, and so on.”

“As a kid, I always wanted to be a director or a TV-show host. When I was 7 or 8 years old, I really wanted one of those director chairs and a clapperboard. Looking back at it, I didn’t actually know what I wanted to become, but I knew I wanted to be able to influence people and make a change. Now, 12 years later, I know that I want to be someone who stands for something.”

These big aspirations didn’t just come from nowhere. Berdan was inspired by his communication studies. “Getting in contact with minorities made me realize how unfair the world is. I grew up in a small town, in a white high school.” For the biggest part of his life, Berdan was the only non-Dutch – let alone gay – kid in school. This made him never see those minorities that he now does, studying in an international university in a very diverse city.

The LGBTQ community is the Avant-Garde of the modern world

“Last year I had a hookup. It was all fun and nice in the moment. I decided to have another date. We ended up talking about Amsterdam Pride. He told me how he enjoys a bit of that too, but when he sees gays acting ‘too feminine’ or wearing crop tops, he thinks they should stop and act normal.” This shows that even within the LGBTQ community, there is a lot of ignorance. “I felt dirty and ashamed of myself. Did I just have sex with you? If people want to wear crop tops and act feminine, who are you to tell them not to?”

“I think it’s a problem that even within this safe space there are people who are not accepting of each other. The LGBTQ community is not about people ‘identifying’ as boys who wear crop tops, it’s about everyone being accepting of each other. It’s about tolerating and supporting one another. The LGBTQ community is the Avant-Garde of the modern world. We think outside of the box, accept those who are rejected by society, and support each other when no one else will.”

Berdan’s dream never disappeared. In fact, it developed over time. He still wants to become an influential media figure. But he wants to use that platform to ignite change in the world, and educate people. His ultimate goal? Breaking the heteronormative society and normalizing that which is now considered to be ‘different’.

If you need help, or want to contribute to the community, go to the Trevor Project.

Why Erasmus University cares more about plagiarism than sexual misconduct​