Home > Politics > 71 Years Too Late: It Is Time the World Pays Attention to the South Moluccan Islands 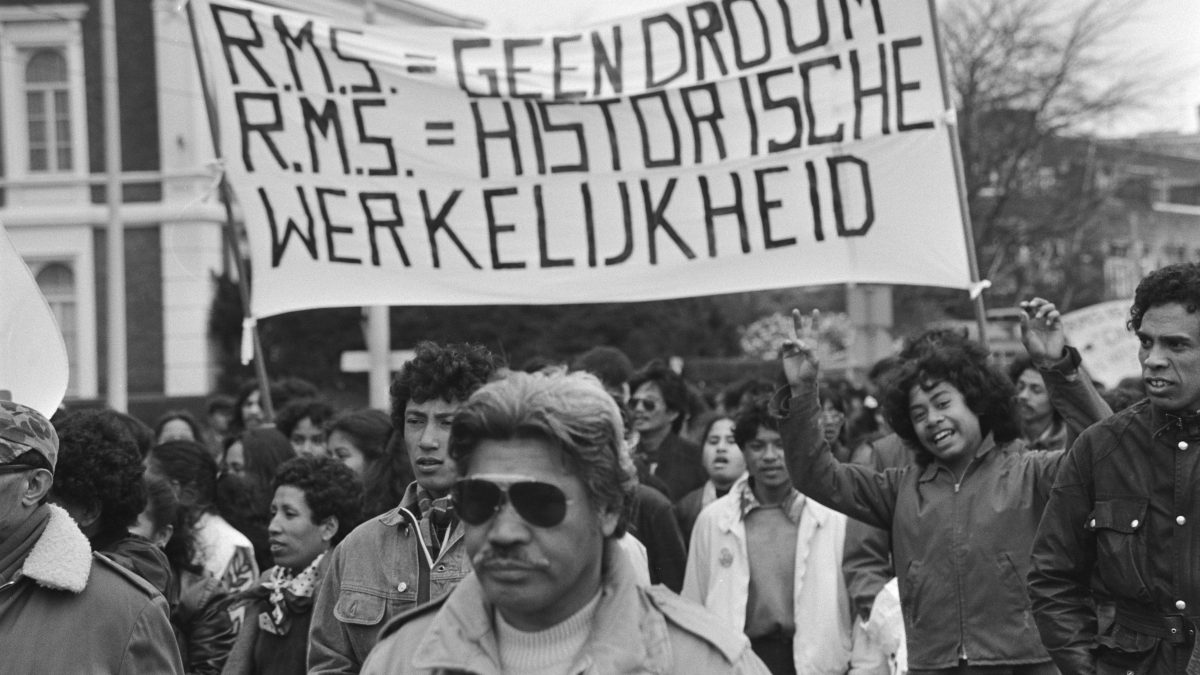 On the 25th of April, the Moluccan people celebrate the 71st anniversary of the Republik Maluku Selatan (RMS). The independent state was lawfully proclaimed in 1950, after which it was annexed by the Indonesian government. To this day, the people on the South Moluccan Islands live under occupation by Indonesian ruling.

Every year leading up to this day, Indonesia increases military activity on the islands. Armed forces, often assisted by local police, raid houses in search of separatist symbols such as the forbidden national flag. Yearly, a handful of people get rounded up, taken by military and police, and sometimes land in jail. The Moluccan people are oppressed, trapped in a failed system of post-colonial imperialism.

Early this month, several Moluccan people were arrested for possession of the RMS flag. On videos of the encounter, heavily armed military forces are seen capturing the symbols, as well as arresting the owners. This is a common yearly practice, which in previous cases have led to a violation of human rights.

In 2007, Moluccan teacher Johan Teterissa was arrested and tortured for protesting and using the Moluccan flag. He and 22 others were taken by the police and given disproportionate punishments. Johan served 15 years in jail, and was only released in 2018. There are currently an estimate of 29 prisoners of conscience held captive on the South Moluccan Islands.

Post-colonial complications resulted in the Dutch government, former colonizer, to bring 12.500 Moluccan people to the Netherlands. Thousands of Moluccan soldiers served in the Dutch colonial army, which had put them in a complicated situation after the lost war. Tensions on the islands rose after Indonesia violently refused the Moluccans’ claim to independence. Currently, over 60.000 Moluccan people reside in The Netherlands, of which many are in support of the RMS.

So far, the Dutch government has failed to actively protect the rights and freedoms of the Moluccan people, regardless of the unique colonial history. Years went by without any political activity in support of the RMS, until this year a new one-seat party entered Dutch parliament. Anti-racism party BIJ1, led by Sylvana Simons, proposed parliamentary questions about the Moluccan case. This was in response to a letter sent to parliament, signed by many Dutch mayors.

The mayors ask parliament to recognize the suffering of the Moluccan community, as this has been ignored for 70 years now. Upon arrival to the Netherlands in 1951, Moluccan soldiers were discharged from the colonial army and housed in former concentration camps. They were blocked from integrating into Dutch society, as their stay was intended to be temporary. They received no passport, were not allowed to work, and initially the children were not even allowed to enroll in Dutch education.

Although intended to be, the stay was far from temporary. Generations upon generations were forced to grow up in a country that was not their home. All the while being separated from their homeland, families, and culture on the islands.

The Moluccan people are indigenous people, with close ties to their homeland. They are spiritually, politically, and geographically connected to the South Moluccan Islands, and have a rightful claim to the independence of their motherland.

Clearly the Dutch are in no rush to solve the RMS-Indonesian conflict, which is why international attention is necessary for progress. Two interesting cases promise hope for the future. These are Vanuatu and East Timor. Vanuatu is an island located east of Australia, where the local inhabitants share similar Melanesian ethnic backgrounds to those of the Moluccan people. The country enjoys independence from the UK and France since 1980, after a democratic election ruled in favor of the separation. Right after, in 1981, the country joined the United Nations. Similarly, East Timor gained independence from Indonesia after a UN-sponsored referendum in 1999. An overwhelmingly majority voted in favor of independence.

It is time that the international community turns their eyes to the South Moluccan Islands, and put efforts into protecting the rights of this indigenous group of people. The conflict has lasted for too long, causing unnecessary harm and violence. Many countries hold special ties and relations with Indonesia, and could use these connections to urge to Indonesian government to recognize the RMS. However, to this day economic welfare and back-door diplomacy seem to have the upper hand.

The Moluccan people remain hopeful, but understand hope alone will not result in progress for the RMS. It is time that the international community, including the United Nations and the Netherlands, actively advocate for the rights of the Moluccan people.

Why traditional media won’t cover the Sudan massacre that is happening right now
Hindutva, the Hijab Ban, and the Growing Marginalization of Muslims in India
“Blood on the Hands” of US Supreme Court as Right to Abortion Is Overturned
Tags #Dutch #flag #Indonesia #Maluku #Melanesia #Moluccan Islands #Netherlands #RMS
LGBTQ+

It's Time to Cancel Unilever and Here's Why