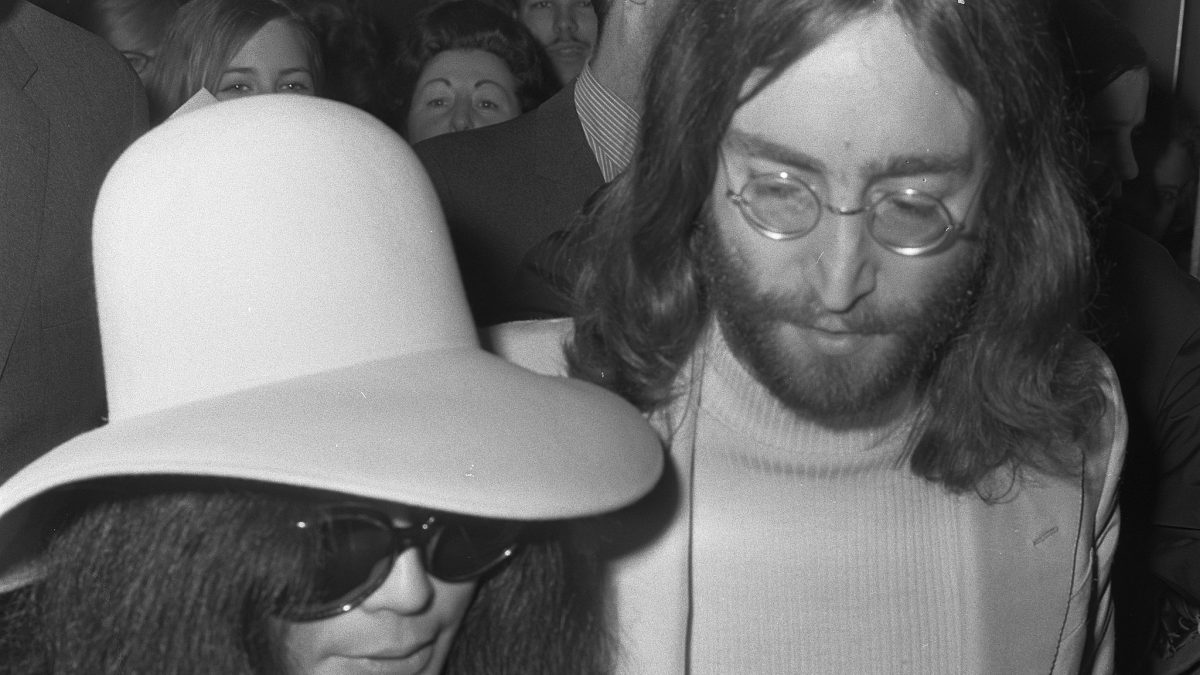 John Winston Ono Lennon was a singer, songwriter, and activist, who is probably most known as the founder and co-lead vocalist of The Beatles. Lennon has been longer dead than alive, but similar to other icons, it does not grant him clemency from public judgment. During his lifetime, Lennon attracted a fair share of controversy. But it wouldn’t be right in the spirit of wokeness to let this former world star escape contemporary moral judgment.

Sex, drugs, rock and roll, and wife-beating? It seems almost on-brand for this era, or more specifically, these types of men. But just like many other famous artists of this time, Lennon was psychically abusive towards women. In his book The Lives of John Lennon, The Beatles creator openly described the instances when he beat his first wife Cynthia. To make it easier for us, Lennon then numerous times confessed and admitted to the moments of abuse. First in a song in 1967, called “Getting Better”.

About this song, Lennon expressed in a series of interviews for Playboy Magazine with author David Sheff that he indeed hit his wife. Or wives. Or women in general. “It (Getting Better) is a diary form of writing. All that ‘I used to be cruel to my woman, I beat her and kept her and kept her apart from the things that she loved’ was me. I was a hitter, I couldn’t express myself and I hit. I fought men and I hit women.” This specific line is from “Fixing a Hole”, a song by The Beatles, to which Lennon admitted writing it.

According to Lennon’s housekeeper, Dorothy Jartlett, in a 50-year-old letter discovered almost six years ago, Cynthia and Lennon’s son, Julian, was often the victim of physical abuse as well. The letter describes how Lennon was an absent father, resorted to violence when it came to raising his son, and would have endless disputes with Cynthia about the correct way of parenting. Moreover, it describes how Lennon would carelessly leave drugs lying around the house.

As with many legends, Lennon endured his fair share of mental suffering. In the same 1980 interview with Playboy, Lennon talks about the song Help, in which he, unsurprisingly, cried out for help. He called this time his “fat Elvis period”, saying that he completely “lost himself” and suffered from “deep depression” where he would “like to jump out of the window”. He also mentioned the excessive drug usage within the band, and how he justified his personal drug abuse because of his macrobiotic diet. “Macrobiotic people don’t believe in the big C (cancer). Whether you take that as a rationalization or not, macrobiotics don’t believe that smoking is bad for you.”

Lennon’s statements illustrate his God complex, through which he sees himself as something ‘bigger’, perhaps untouchable. Later in the interview, he quite literally confirms this narrative, when he says that “part of me thinks I’m God Almighty”.

As a young kid, Lennon’s father abandoned him. And his relationship with his mother was also not the usual one. In a 1979 audio confession found on tapes, Lennon revealed that he had sexual desires for his own mother. “I was just remembering the time I had my hand on my mother’s tit in 1 Blomfield Road (…) We were lying on the bed and I was thinking ‘I wonder if I should do anything else?’” As messed up as that was, it can perhaps be part of the psychoanalytical explanation for Lennon’s later controversial decisions.

After Lennon had left his wife for Yoko Ono, it seemed as if his personality had become more mellow. He centered his life around peace and put his violent past to rest. The two quickly gained the image of global peace ambassadors, as they famously protested the Vietnam war during their bed-ins. Lennon then also took on the image of pro-feminism. In an attempt to back the feminist movement of the time, the duo released a song called Woman Is the N*gger of the World.

The song was pretty much a very distasteful attempt of comparing sexism to racism against Black Americans. “Woman is the n-word of the world. Think about it, do something about it. We make her paint her face and dance. If she won’t be aslave, we say that she don’t love us.” Unsurprisingly, the song was received with a lot of criticism, and many radio stations rightfully so refused to play it. Despite the total racist character of the song, Lennon went on to defend the record claiming that the n-word is a way to refer to any oppressed person.

In a 2015 book called The Beatles: Messages from John, Paul, George and Ringo, author Chris Hutchins revealed the story that Lennon once peed in cocktail glass and tricked the actress Jayne Mansfield into drinking it. For Lennon, it was a form of revenge after the actress had made attempts to seduce him. Lennon then later confessed to the prank while in a nightclub.

This childish, but very reckless behavior, is something that is more of a returning pattern for Lennon. And it closely relates to his God complex. Several video’s of live performances have also surfaced, in which the singer can be seen mocking people with a (mental) disability.

All of these instances and dirty details that show Lennon’s lack of moral character should be enough to question the singer’s ‘legendary’ status. But for decades already, fans have struggled to accept this darker side of their favorite artist. And those who really critize Lennon for his past mistakes seem to be Millennials, or Gen Z, that already don’t like his music. But it would be too easy to just write this off as Gen Z and Millenials cancelling problematic men. Because in the end, anyone, including the fans or older generations, can use their sense of morality to codemn the actions and behaviors of a flawed legend.