Home > Politics > Hindutva, the Hijab Ban, and the Growing Marginalization of Muslims in India 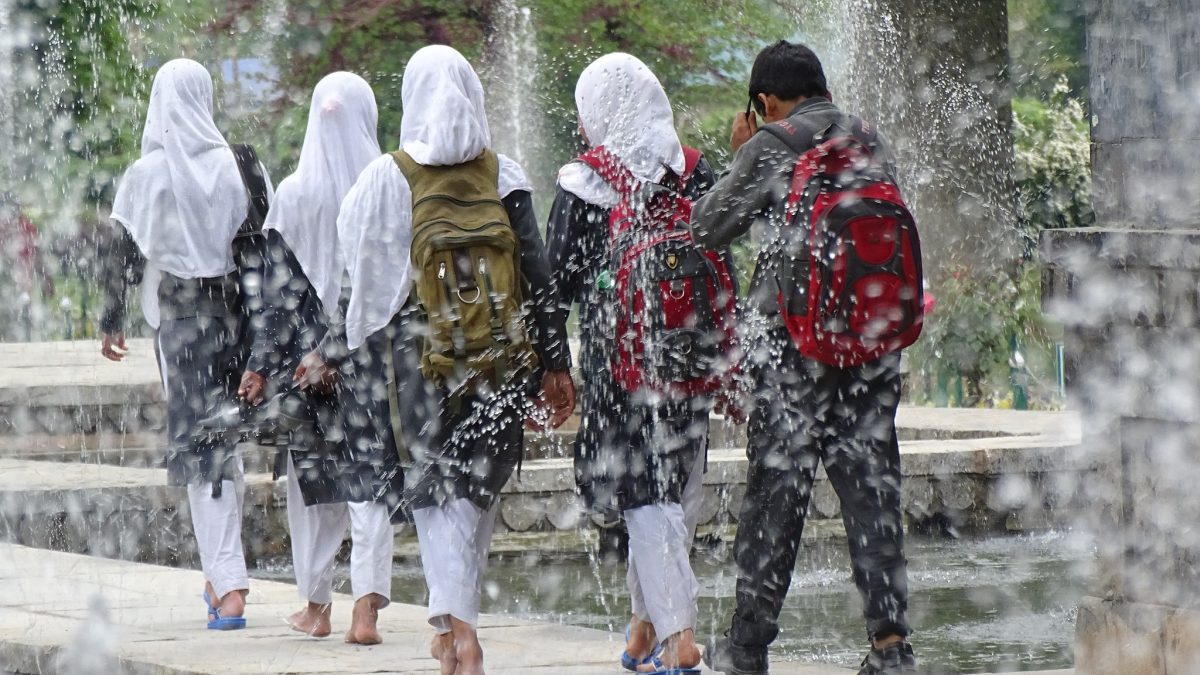 Earlier in February, the governments of the southern Indian state Karnataka banned hijab-wearing Muslim girls from entering their schools. In response, five Muslim girls took it to court to challenge this ban. The Bharatiya Janata Party (BJP), which runs governments in Karnataka, claims it’s a dress code issue. Others fear this rule is imposing Hindu law on marginalized groups.

The hijab ban issue started out with a few students from a government college in Karnataka sitting outside the gates of their school for over a month, after they were denied entry because of their hijab. The ban then spread to several other schools, of which some colleges had never before caused any drama about girls wearing hijabs. Reshma Banu, the mother of one of the girls, told Al Jazeera: “The hijab is an integral part of our faith. We admitted our children here since we thought their rights would be respected.”

It is important to put these events against the backdrop of a growing movement in Karnataka, India. And that is the increase in communalism over the last decade. Federated communities are politically organizing themselves in a move to impose Hindu law on the region and its religious minority groups. Hindutva is a form of Hindu nationalism in India, an ideology that defines India in terms of Hindu culture. The BJP has several strongholds in the region and has been pushing Hindutva over the last decades. And over the last years, the state has seen a rise in activities of Hindutva groups targeting the religious minorities of Karnataka.

The BJP and its Hindutva affiliates consistently attack minority Muslim and Christian communities over their social and religious practices, food choices, way of dressing, and livelihood. The uniform code is an evident example of such discriminatory policies, as it specifically targets hijab-wearing Muslim girls.

What started as Muslim girls protesting a discriminatory policy, turned into a Hindu-Muslim conflict. In response to the demonstrations and opposing the hijab, Hindu students started wearing saffron scarves. Videos emerged from several districts where Hindu nationalist leaders are among the anti-hijab protestors who wore such scarves. Over time, this scarf became a symbol of the anti-hijab campaign and pro-Hindutva movement.

Al Jazeera reported on a video that emerged in which a hijab-wearing woman was attacked by a Hindu mob inside her college. According to several social media posts on Twitter, there were also Hindu supremacist groups among protestors in the northern states Uttar Pradesh and Madhya Pradesh. The events surrounding the hijab ban all point to the growing marginalization of religious minorities, in particular Muslims. Hindutva plays a dangerous role in this, as it directly undermines individual freedom.

Late last year, Time Magazine reported that in the northeastern Indian region Assam, police forces killed a 12-year-old during a forced eviction. The region has been subject to such violence for longer, as authorities regularly evict Bengali Muslim villagers to make way for Assamese Hindus. They refer to these community members as ‘illegal Bangladshis’, in a justification for the mass evictions. Ironically about this instance is that the murdered boy was on his way back from picking up his Aadhaar national identification card at the post office, proving that in fact, he was certified Indian.

The state unit president for the ruling BJP in Karnataka said that they would not allow the “Talibanisation of the education system.” He said: “There is a BJP government in this state, there is no room for hijab or any other related incidents. Schools are temples of mother Saraswathi (goddess of education); everyone should abide by rules and regulations there. Bringing religion there is not right, what students need is education.”

It is very clear that the motivations behind the dress code issue are discriminatory. Members of the party, in line with higher courts, claim that it actually prevents discrimination as all students look the same. But through their narratives, this argument does not uphold. Especially not when the BJP president of Karnataka refers to Hijab-wearing women as affiliated with the terrorist organization Taliban.

The future of India

Court hearings on petitions filed by Muslim girls continue this week. A court in Karnataka will look at if the ban is in violation of religious freedom or not. Experts and lawyers argue that it is. But the Karnataka government disagrees. Officials from the BJP claim that the hijab is not an “essential religious practice” of Islam.

The issue has attracted international attention as well. Rashad Hussain, the U.S. ambassador-at-large for international religious freedom, criticized the headscarf ban as a rights violation. The Indian Ministry of External Affairs responded in return saying that the matter is currently under judicial review. Comments by others countries were “not welcome.”

Whether or not the hijab ban will be reversed, the future of India is still unsure. These anti-Muslim policies and incidents are indicators of a tumultuous future. Looking at only the events of the past month, it all boils down to the question: who owns India? With a Muslim population of 200 million, India ranks third in having the largest Muslim community. At the same time, however, it only amounts to 15% of the total population of India. This means that India is a very diverse country, made up of countless ethnic, national, and religious groups. Not one party has the right to impose its fanatic beliefs and ideologies upon others.

Everything you need to know about the Trump impeachment inquiry
Hope and Resilience Amid Ukraine Invasion: “Throughout All of Europe, Ukrainians Unite”
“Blood on the Hands” of US Supreme Court as Right to Abortion Is Overturned
Tags #hijab #hijab ban #india #islam #muslim #religion
Politics