Home > Opinion > The System Is Not Broken, It Was Made to Function Like This 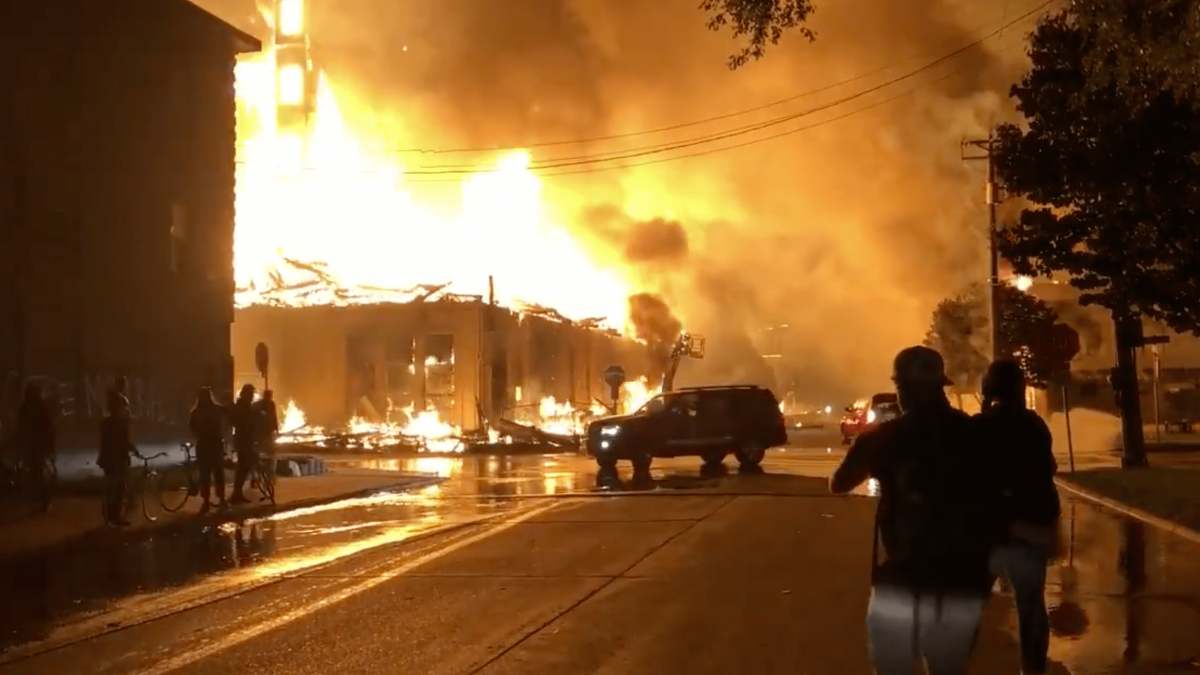 The death of George Floyd as a result of racialized, excessive police brutality, sparked national and global outrage. Over the last days, thousands of protesters took to streets of Minneapolis, MN, to demand justice for the lynching of yet another black man. Right now in the United States, every 1 in 1.000 black men risks losing their life to police brutality. These are shocking, yet not surprising statistics.

The protests quickly escalated into mass riots, where people raided stores and set fire to buildings and cars. On social media, the protesters face backlash for these acts. Many activists argue that violence is not the answer. But let this be clear. POC, specifically black people in the United States, have been quiet for more than 300 years. In the meantime, every year over 200 black people are murdered by the police, of which many (if not most) were innocent people. Brother of George Floyd, Philonise, said to CNN: “I want everybody to be peaceful right now, but, people are torn and hurt because they’re tired of seeing black men die.”

I came back out. This is my neighborhood. You can see flames for a mile and feel the heat from a block away pic.twitter.com/0kmkBqcFZJ

Not a broken system

It is a fact that as a black person in the United States you are more likely to die during your arrest than a white person. The escalations in Minneapolis, which now spread to mass protests across the country, in at least three major cities, are a direct result of black people being exhausted. Tired of years of systematic oppression, racialized police brutality, and the loss of countless black lives.

And make no mistake: this is not a ‘broken system’. The system, which started with slavery, the Three-Fifths Compromise, and the Jim Crow laws, works exactly like it was created. It’s modern slavery, keeping black people from emancipating, and being treated as unequal citizens. For decades, black lives have been dehumanized, criminalized, unrightfully imprisoned, and murdered. The systematic racial oppression is based on legal foundations that not even a hundred years ago made black people constitutionally less than white people.

“We have been peace for over 300 years. There is blood on these streets sir. Why are we going to continue to be peaceful… I lost 3 brothers to this..” 💔

LISTEN TO THIS. LISTEN TO HER PAIN. 😭

If you are a white person, don’t just be ‘shocked’ or ‘upset’. The pain of black people needs to be on everyone’s radar. And they need all of us, all POC, and all white people, to work together to stop this injustice. This is no longer a moment of ‘raising awareness’ with your social media posts. Now is time to act. At the end of this article, I will list a few things you can do to fight for justice alongside the people at the frontlines in Minneapolis, and so many other cities. Regardless of what country you live in, or what your background is, everyone can help.

Don’t think that because this is either far away from you, or not happening to you or your loved ones directly, you can ignore the issues. The time for all of us, including white people, to stand up and fight for what is right, is long overdue. The killing of innocent black people is an issue that should concern everyone because injustice anywhere, is injustice everywhere.

Don’t let George Floyd become another number. His name, as for all the others, should and will be remembered. Michael Brown, Philando Castile, Alton Sterling, Walter L. Scott, and all the other unarmed black man, woman, and children, who were murdered by police, shall never be forgotten. Spreading their stories is one way to fight this battle of injustice. But that is not enough. Here is a list of things you can do in light of the recent murder on George Floyd:

What Is White Fragility, and Why Is It Dangerous?
Why traditional media won’t cover the Sudan massacre that is happening right now
Why Madonna’s politicized performance was the most woke thing that happened to Eurovision
Tags #black lives matter #george floyd #minneapolis #police brutality #racism #united states
Fashion

Visible Invisibility: Three Black Designers and Their Step Towards the Future of Fashion