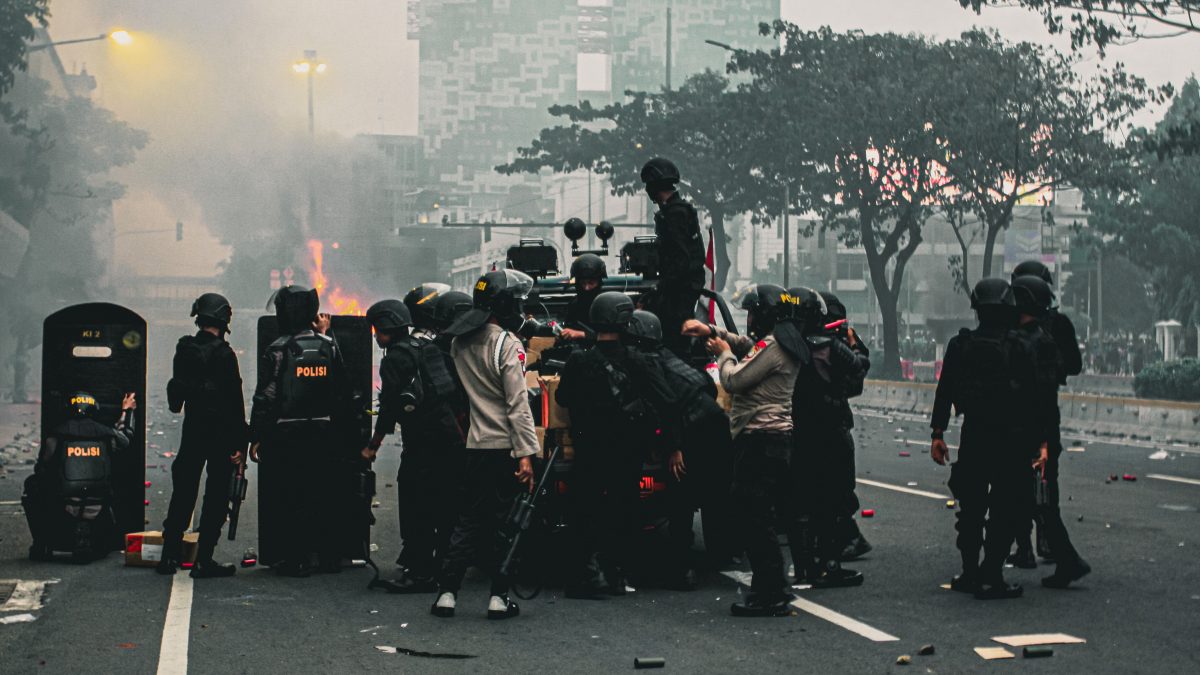 Photo by Refhad via Unsplash
Politics

In the last 50 years, an estimated 500,000 West Papuans lost their lives to Indonesian armed forces. The people of the most eastern province of Indonesia have been fighting an independence war since 1962. Thousands of people lost their lives to this conflict, yet the world turns a blind eye.

What is West Papua?

Papuans are indigenous people to the land of West Papua and Papua. Currently, these are Indonesia’s most eastern provinces, which share an island with Papua New Guinea. The island used to be under the control of Dutch colonization since 1898. After the Dutch were defeated, Indonesia invaded what was called West New Guinea in 1961. This annexation was later justified by a United Nations treaty. The Dutch, together with the then newly formed Republic of Indonesia, signed a document in which they agreed on transferring the rule over West New Guinea to the UN, after which they gave it to Indonesia.

This document, which was signed at the UN headquarters in New York, states that the decision was made “having in mind the interests and welfare of the people of the territory of
West New Guinea”. This is far from the truth. The United States was the country with the biggest interest in this diplomatic trade of power. In 1961, the U.S. became concerned with Indonesia possibly leaning towards communism. It feared that Indonesia would form an alliance with the Soviet Union and China. To prevent this, the Kennedy administration wanted to intervene in the Papua dispute by presenting a solution that would favor Indonesia.

As part of this agreement, there would be a referendum in 1969 to officially determine if the West Papuans wanted to remain part of Indonesia. This referendum got the name ‘the Act of Free Choice’. The name itself is an interesting choice of words, as this political event was anything but a representation of free choice. Only 1,026 Papuan tribal representatives could vote. And during the voting process, most were coerced into voting in favor of Indonesia. International diplomats and journalists claimed the referendum was rigged, but the UN backed the Indonesian government and the rigged results.

How many people have died?

Estimates range from 100,000 West Papuan deaths to 500,000. Additional reports suggest that over 100,000 West Papuans are displaced from their homes. Since Indonesia is actively blocking foreign observers from being present in the region, these estimations could merely be the tip of the iceberg. Because of what Indonesia calls ‘security reasons’, UN officials cannot access West Papuan territory. However, over the last years, it became more clear to what extent violence is used in West Papua. UN experts are concerned with reports from the region about torture and inhumane treatments.

In 2000 for example, police in Abepura (West Papua) stormed a student dormitory and killed several students. Nearly 100 individuals were brutally beaten and taken captive. In 2019 a mob of Islamists and Indonesian nationalists surrounded a West Papuan student complex in Surabaya (Java). The crowd grew overnight and attracted many anti-Papuans. When police arrived at the scene, they stormed the complex and unlawfully detained all West Papuans. Videos of the scene capture some yelling “get rid of the Papuans right now” and “monkeys, get out”.

The word ‘monkey’ is a commonly used derogatory term by Western Indonesians against Indigenous peoples of Easterns Indonesia (such as West Papua, Maluku, and Timorese). This eventually grew to be a symbol in the independent movement, as huge protests burst out in major Papuan cities. Thousands of Papuans took to the streets to protest their oppressors. Rioters set fire to buildings, confronted the police, and countless people lost their lives. In response, Indonesia shut down the Internet, landline phones, and ATM access. All the while flying in thousands of troops to ‘stabilize’ the region, without letting the outside world see what was happening.

Genocide means the killing of an ethnic group with the intention to eradicate that nation or group. This is exactly what has been happening in West Papua over the last decades. Stemming from a Dutch colonial program, Indonesia yearly relocates thousands of Javanese people to other areas such as West Papua. At its peak, nearly 2.5 million people relocated to West Papua, Kalimantan, Sumatra, Sulawesi, and Maluku. Right now, this is the world’s largest relocation scheme, and it’s still happening each day.

Javanese people that move to these regions receive land and economic welfare. The Indonesian government describes the purpose of this program as moving people from densely populated areas to less densely populated areas. In reality, it’s a way to move Islamists and nationalist settlers to areas with growing independence movements. Together with the murder of indigenous people, this slowly eradicates a whole ethnic group. Critics also labeled this movement ‘Javanization’ or ‘Islamization’, and argue that it causes communal violence.

In West Papua alone, the program caused the Papuan population of indigenous Melanesian people to be outnumbered by non-Melanesian (mainly Javanese) Indonesians. The Papuan people lived in this region for over 50,000 years. They were however outnumbered in only 50 years. This causes huge conflicts in terms of cultural differences on topics such as nudity, food, and sex. The conflict also causes religious tension as most settlers are Muslim, while most Papuans hold tribal beliefs. In some instances, Papuan children were taken away from their families and sent to Islamic religious schools in Java.

West Papuans are Melanesian people, who are indigenous to the lands of Papua. They have lineages in the Malay Archipelago and in the Austronesian people, who migrated from the African mainland along the southern edge of Asia. West Papua is home to more than 250 diverse tribes that each carry their own unique language and culture. The vast majority of Indonesians today are of Javanese or Sundanese descent with Austroasiatic heritage, who originated in Taiwan and migrated through the Philippines to the island of Java.

Indonesia comprises many different ethnic groups, cultures, tribes, and religions. Its rich background of large migrations led to the country being so diverse today. However, this also means that many of these islands are almost complete cultural, linguistic, and ethnic opposites. But through colonization and imperialism, started by the Dutch, Indonesia forced all these islands into one united nation. Indigenous groups who desire self-determination should have the right to detach themselves from Indonesia.

The future of West Papua

Many Papuans and indigenous diaspora around the world support the independence movement. Every year on the first of December, communities around the world raise the Morning Star flag in support of West Papua. Something which is strictly illegal in Indonesia, as several people even face jail time for raising flags of separatist movements within the country.

A strong supporter of a free West Papua is the Melanesian country Vanuatu (located east of Australia). In an address to the UN, Prime Minister Bob Loughman emphasized Indonesia’s human rights abuses: “The indigenous people of (Indonesian) West Papua continue to suffer from human rights abuses,” Loughman said in his video speech. He continues, “Last year leaders from the Pacific Islands Forum respectfully called on the Indonesian government to allow the United Nations Office of the Human Rights Commissioner to visit West Papua province. To date, there has been little progress on this front. I, therefore, call on the Indonesian government to please heed the previous call of Pacific leaders.”

Without the international community present in the region, the world will not know what goes on behind Indonesia’s closed doors. This means the silent genocide in West Papua will continue to happen, and slowly the Papuan people will disappear. In order to make progress, it’s important that neighboring countries like Australia and Papua New Guinea speak up. And since they maintain good relations with Indonesia, this is an unlikely scenario.

TRUTH OR TEA aspires to build a community with readers and writers from all over the world. Follow us on Instagram to join our mission and help build this community. Do you have a story to tell? Submit your article here!