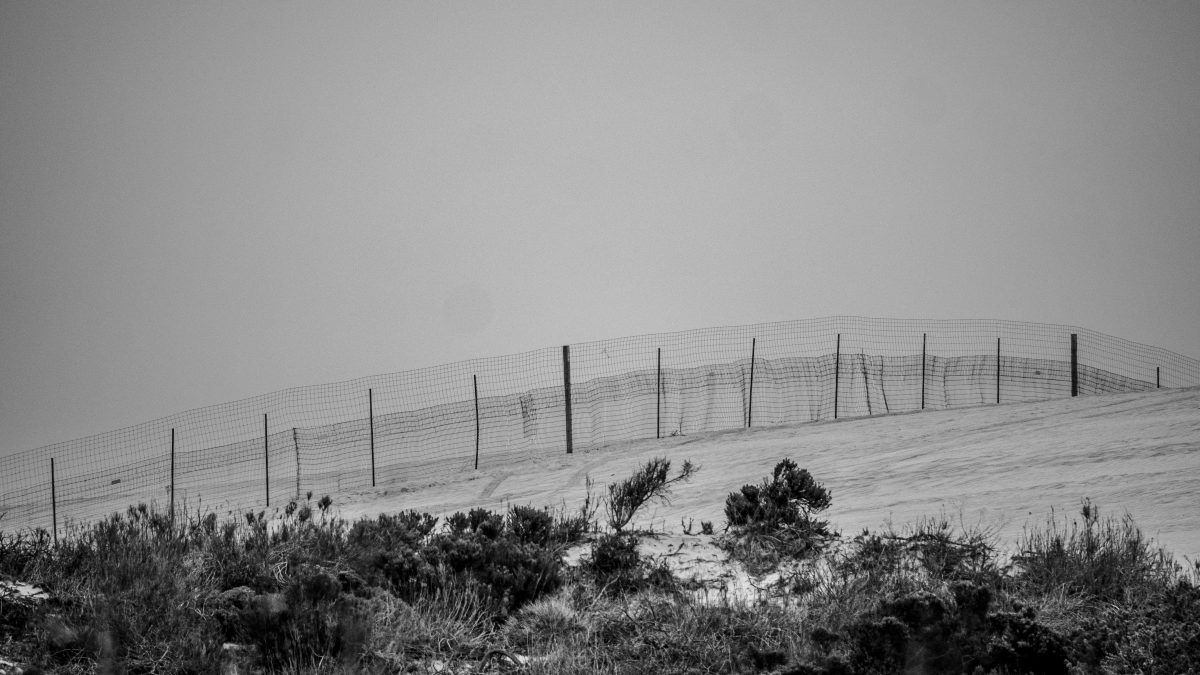 Israel recently completed the construction of a $1.1bn (€960m) iron wall that separates the Palestinian enclave Gaza from Israel. The fence stretches over 40mi (65km) wide, is as tall as 20ft (6 meters), and runs several feet deep. Israel claims that the structure was built “to prevent attempts by militants to infiltrate into southern Israel”. At the same time, it leaves the two million people in Gaza (of which half are children) feeling even more isolated from the world. The completion of this heartwrenching structure has further complicated any last hopes for a two-state solution.

Gaza, or the Gaza Strip, is a Palestinian territory bordered by Israel on the north and east, and Egypt on the southwest. The area fell under the jurisdiction of the Palestinian Authority, but has been ruled by the fundamentalist Islamic organization Hamas ever since the Battle of Gaza in 2007. Gaza has a relatively large population that is rapidly growing, often characterized as ‘overcrowded’. In 2012, the United Nations Country Team (UNCT) warned that Gaza would soon not be a liveable place anymore. This is largely due to Israel’s siege on the area, completely isolating Gaza from the world. No one is allowed to leave or enter the Gaza Strip. The Israelis also enforce an active air and sea blockade, directly controlling Gaza’s air and maritime space.

The people in Gaza are therefore dependent on Israel for their supply of water, electricity, and telecommunications. And this is a power that Israel has repeatedly abused. The United Nations, as well as numerous international human rights organizations, consider Gaza as occupied by Israel. They have called upon Israel to lift the blockades in a way to ensure better living conditions for the people of Gaza.

Especially the water and sanitation crisis is becoming a large-scale humanitarian crisis. Less than four percent of fresh water in Gaza is drinkable. Gaza’s only power plant is dependent on fuel shipments from Israel. So when Isreal shuts of this supply, the power plant has no energy to run the water and sanitation facilities. And it’s not just the energy. There is an enormous lack of materials to build appropriate water infrastructure. Oxfam Novib reported that only 16% of items needed for this infrastructure actually reach Gaza.

The newly build iron fence around Gaza is not Israel’s first. In 2002, Israel started the construction of a controversial barrier separating Israel from the Palestinian West Bank in the east. This 434mi (700km) barrier cuts deep into Palestinian land, which resulted in many Palestinians losing access to their own property, as well as locking them out of Jerusalem.

Meanwhile, the Western world largely turned its backs on the people of Gaza and supported Israel’s right to ‘defend’ themselves. The sad reality is however that the two million people living in Gaza become increasingly more isolated from the world. Such a physical wall leaves a huge psychological impact on people. They truly live, quite literally, in an open-air prison.

The fence, built with 140.000 tonnes of iron and steel, is equipped with some of the most advanced, as well as dehumanizing, technologies. Dozens of antennas, security cameras, radars, sensors, and remotely controlled weapon systems. Isreal’s main argument for fortifying this border, including a wall into the ground, is to prevent tunnels. Such tunnels were in the past commenly used by Hamas to enter Israeli territory. However, these same tunnels were also one of the few means for Palestinians to have access to basic supplies, as the entire area is sieged by the Israelis.

Ever since the Battle of Gaza in 2007, Hamas and Israel have fought a total of four wars. In May of last year, the Israeli forces launched an 11-day offense on Gaza, killing more than 260 Palestinians, of which 66 children, and wounded almost 2.000 people, according to the health ministry in Gaza. On Israel’s side, at least 12 people were killed by rockets fired from Gaza.

The Israeli however possess an advanced missile interception system, referred to as the ‘iron dome’. This structure, heavily funded by the United States, is able to intercept 80-90% of incoming missiles. The iron dome can indeed stop missile attacks. But it does not stop the larger problem that has been taking lives on all sides for decades. Several human rights organizations reported that the situation in Israel and Palestine qualifies as apartheid. This means severe oppression of the Palestinean people, especially in Gaza. The iron dome, as well as the iron fence, largely contribute to this system of apartheid, and therefore offer no solution in this war.

It is now more than ever needed that Israel lifts the blockades on Gaza and allows for the Palestinean people to live in freedom. Only through this can Gaza’s economy restore, can the people access basic human needs, and will the territory become a livable place again. The military occupation of Palestina is far from being solved. But fences, domes, and missiles will only cause more harm, in a conflict where people need safety and stability the most.

Hope and Resilience Amid Ukraine Invasion: “Throughout All of Europe, Ukrainians Unite”
Chrissy Teigen called Trump a 'pussy ass bitch' and this is why we love her
Who Are the Terrorists Behind the US Capitol Riots?
Tags #gaza #israel #palestina #west bank
Life