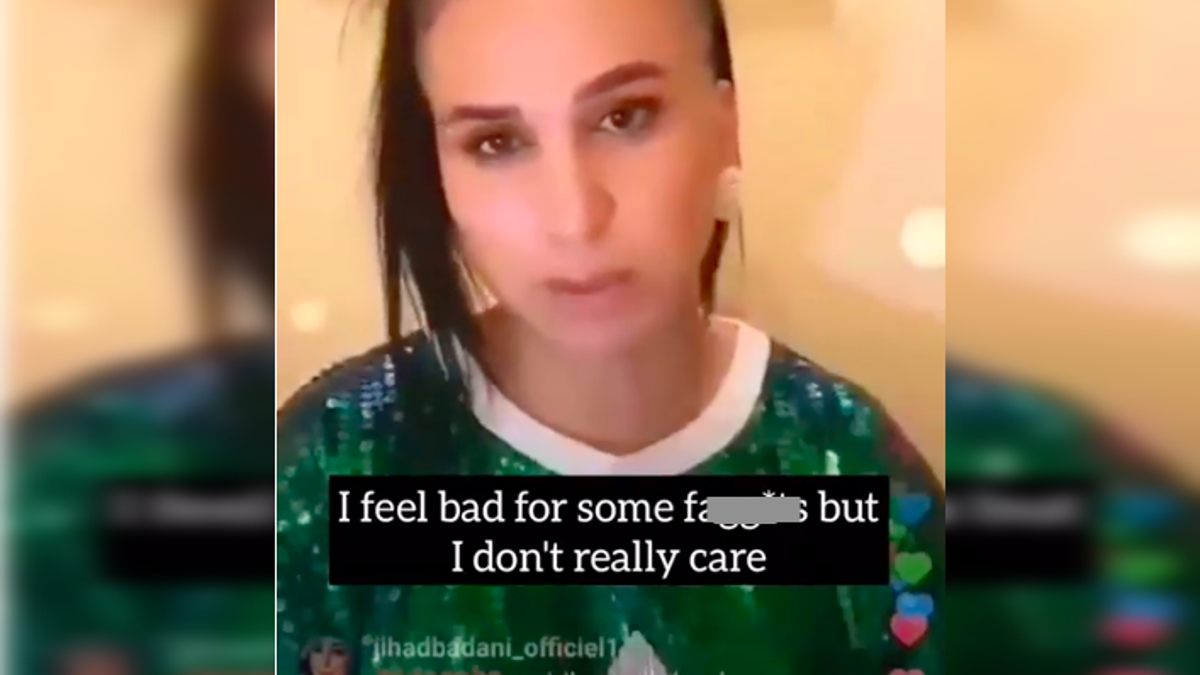 Transgender social media influencer Naofal Moussa called on her nearly 700.000 followers to ‘out’ gay men in Morocco, by downloading gay dating apps and creating fake profiles. Media outlets report dozens of men being fearful of their lives and several that have been rejected by their families, or worse, committed suicide.

Many gay men in Morocco are not publicly out, due to the current status of the government’s policy on homosexuality. According to a study, Morocco is considered to be among one of the unsafest countries for queer people. In Morocco, same-sex sexual activity, including kissing, is highly illegal and punishable by several years in prison, in addition to high fines. There is little queer representation in government or media, and there are barely any organizations that fight for these rights.

It all started when transgender social media influencer Naofal Moussa, who currently lives in Turkey, went on Instagram live with a follower, Yassine (22). The innocent Instagram live quickly turned dark when Moussa forced Yassine to come out as gay on the live recording. This led many users to flag the video, and leave disapproving messages to Moussa.

This is when Moussa decided to encourage her followers to ‘expose’ gay men in their neighborhood. Due to covid-19, most men are stuck at home and resort to dating apps for social interaction. Moussa motivated her followers to download all the gay dating apps and take screenshots of the men they would find on there. The influencer is known for her hatred towards members of the LGBTQ+ community who do not come forward about their sexuality.

“So girls you will go on the app store. You will type in the word ‘gay’. And then a lot of gay apps will show up,” she continues. “These gay apps will show you all the people who are near you. But you girls should create fake profiles and choose that you’re bottoms, which means you want someone to f**k you.”

Shortly after, social media flooded with images of gay men on dating apps in Morocco. Interviews by PinkNews reveal the horrors that countless men have already gone through. These include being kicked out to the streets by their families, receiving harassment and violent threats, blackmail, and even suicide.

In a since-deleted Instagram live, Moussa revealed the screenshots that her followers shared with her. Some messages sent to the men on the dating apps included slurs such as “If I catch you, I’ll cut your throat,” or “You f****ts are ruining this country.”

Moussa motivated her actions saying that “We shouldn’t recognize homosexuality, we are an Islamic country.” Her followers blindly followed this and went on a witch hunt to expose, and harass, every gay man they could find on these dating apps.

A spokesperson of Facebook confirmed with The New York Times that they suspended Moussa’s account. “We don’t allow people to out members of the L.G.B.T.Q.+ community because it puts them at risk,” Facebook commented.

With pride month coming up soon, it’s important to realize that the freedoms some of us are privileged enough to experience, are not a guarantee for every queer person around the world. The sad reality is that still many members of the LGBTQ community have to fear for their lives when they come out.

Suggested read: Normalizing the ‘abnormal’: an interview with activist to be, Berdan Kaplan