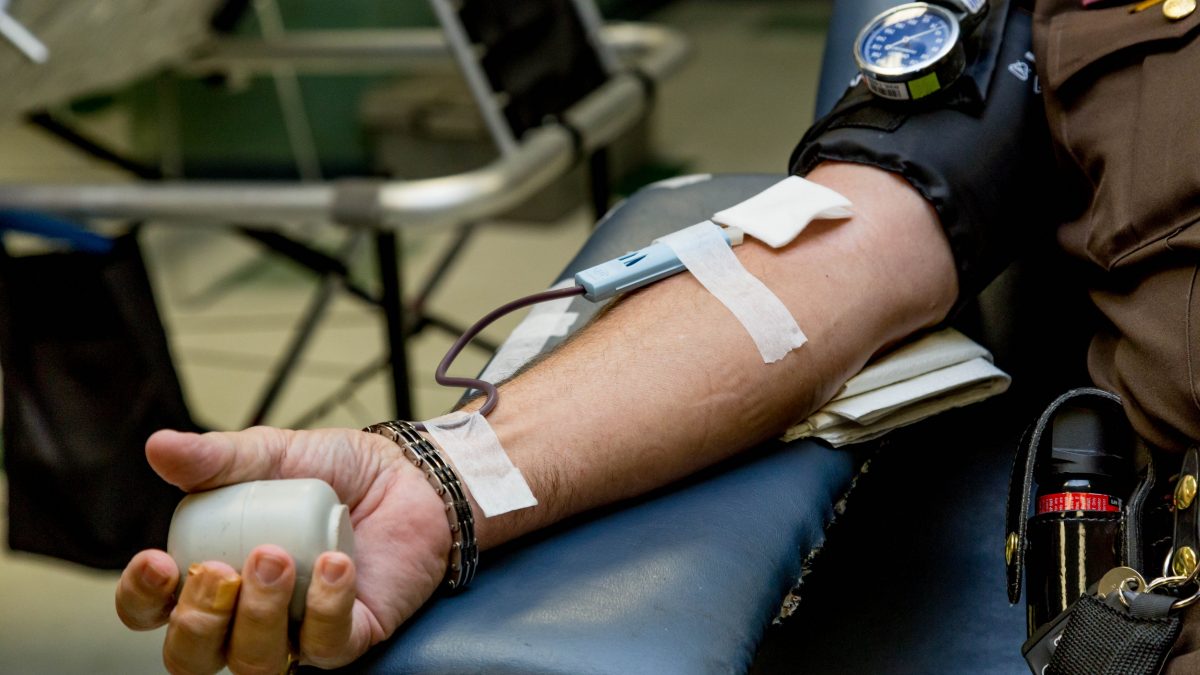 Recently I read a story about the Orlando nightclub shooting. At this tragic event, a domestic terrorist killed 49 people at a gay nightclub. But what I didn’t know until I read that story, is that there was a huge and generous interest of people from the LGBT community that offered to donate blood, which was needed for the victims. However, most got denied to donate blood because of the fact they were gay.

Sadly I knew this is a law in the US, as in most countries, but never did I know it was so viciously executed in practice. After doing some research, I found out that in over 20 countries gay men can never donate blood. Additionally, in over 28 countries there’s a ‘deferral’ period (meaning that ineligible men can become eligible over time if they do not have sexual intercourse with other men for a certain amount of months or years).

This ban is based upon early understandings of HIV and AIDS. During the AIDS epidemic in the 1980s, many referred to the disease as the ‘gay plague’ or ‘gay disease’. People believed that the HIV virus came from men having sex with men (MSM). It was a new virus the world was facing, and there wasn’t any research. Scientists were convinced that HIV and AIDS originated from, and were spread by, MSM. And politicians handled this crisis with homophobic negligence and suppression of gay liberation.

This led to the demonization of the LGBT community as they were globally considered to be the ’cause’ of the AIDS outbreak. Before it got the name AIDS, it was even called the ‘Gay-related immune deficiency’ or GRID. However, in reality, AIDS is transmitted through body fluids. This can be blood, semen, pre-seminal fluids, rectal fluids, vaginal fluids, and breast milk. This means that the HIV virus is certainly not exclusive to gay or bisexual men, and in fact can be transmitted by everyone.

As of 2018, an estimate of 40 million people worldwide are living with AIDS, of which 43% are women. Yearly, AIDS causes millions of people to die.

As a result of this targeted stigmatization of gay and bisexual men, the US (and many other countries) implemented a lifelong ban on blood donations from MSM. They were considered to be ‘high risk’ when it comes to carrying and spreading the HIV virus. MSM were are considered to be promiscuous, ‘dirty’, and sexually unsafe.

In 2015, the Food and Drug Administration (FDA) updated its policy and allowed MSM to donate blood after being celibate for 1 year. This mark was set because after a year their blood would be ‘clean’ and detectable for any kind of virus. However, science has proven time and time again that a one year ban is unnecessary since HIV is detectable in the blood after 11 days. Yes, it’s true that HIV and AIDS numbers are higher among the MSM population than any other group, but it’s important to understand that this group is not homogenous. There is a wide variation in the number of sexual partners that each person has, as well as their engagement in unsafe sexual behaviors.

This ban is extremely damaging to the normalization of homosexuality and the image of the LGBT community. As long as there is a ban for gay and bisexual men on donating blood, others will keep seeing these people as the stereotype society makes them look like. Dirty, promiscuous, and unsafe. Whereas in reality, spreading (and catching) AIDS is a danger for everyone, not just gay men.

More and more countries believe the science and change their blood donating policies accordingly. Last year, Denmark lifted the ban and allowed gay men to donate blood with a four months deferral period. In May of this year, Canada changed its policy from a one-year deferral period to a 3 months period. 2 months later, in July, the Netherlands did the same and also lowered their wait time to 3 months.

These changes are very important in destigmatizing the wrong and unjust images people have on gay and bisexual men. Besides, it will allow more people to donate blood, which can help solve the current critical blood shortage.

There is very accurate and high-end testing technology. This means it’s no longer required for any country to maintain a deferral period of a year. For countries that have this access to resources and technology that allows for earlier testing, the 3 or 4 months deferral periods are also redundant. It’s important that we listen to science and research, and not be led by false stereotypes and assumptions.

Why traditional media won’t cover the Sudan massacre that is happening right now
The System Is Not Broken, It Was Made to Function Like This
What does consent mean to Erasmus University?
Tags #ban #blood #donating #gay #lgbt
Music