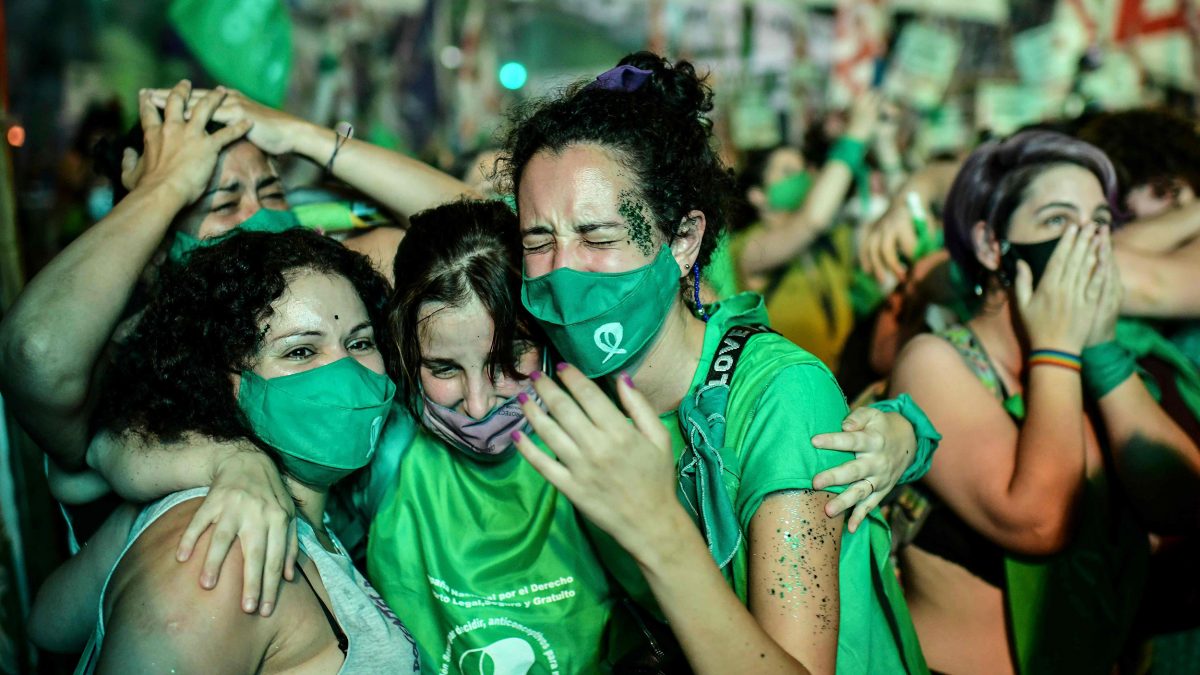 Most people will tell you 2020 was the worst year in history. With the many challenges imposed by COVID-19, this year definitely deserves its crappy title. But it really wasn’t all that bad! And in this article, I will take you through the 20 best moments of 2020!

The Oscars are know to be somewhat problematic in terms of ethnic diversity, but against odds, and well deserved, Parasite won big during the 2020 Oscars.

2. Another big win for #MeToo

It may seem long ago, but it was actually this year that sex predator and former director Harvey Weinstein was sentenced to prison for his sex crimes. He is currently serving 23 years in jail, but considering his age, it is more like life in prison.

4. People all around the world rose up to protest police violence and racial injustices

Protests took place on all seven continents in the world, in more than 60 countries total. Globally, people showed up in solidarity for the senseless racial killing of Georgy Floyd and many other black Americans. Undoubtedly, this resulted in great positive change in many of these countries.

5. As a result, colonial statues were removed

In over 13 countries worldwide, memorials associated with racial injustices have been removed as a direct result of the George Floyd protests. In the United States alone, over 200 statues have been removed, excluding plagues and other works of art. Some of these have even been replaced with statues of civil rights activists or Native American leaders.

Northern Ireland, Switzerland, and Costa Rica all finally legalized same-sex marriage. And that’s not all! Many other countries made remarkable progress in the LGBTQ+ emancipation movement. Early in December, Bhutan voted to decriminalize homosexuality. Right after, Bolivia authorized its first same-sex couple civil union and India launched its very first workplace equality index for the queer community.

In Norway, trans and bisexual people are now also protected from hate speech through an expansion of legislation.

7. And a few others banned conversion therapy

This year, many countries or states officially banned (or pledged to ban) conversion therapy. Among those are the UK, France, Canada, Germany, Mexico City, Israel, Utah, Virginia, and a few others.

In May, France elected its first transgender mayor.

14 nations joined forces in an effort to create the world’s biggest ocean sustainability initiative. Together, these nations own 40% of the world’s coastline. This area will be protected and focused on restoring the fish populations, as well as the recovery of reefs and the elimination of plastic.

10. Oh, and we saved some of our animals too

Globally, the percentage of meat consumption went down by an estimated three percent. Even more positive, the decline has been happening for a consecutive two years, something that has never happened before.

11. Women’s rights also got a boost

Argentina became the largest South American country to legalize abortion. Following a historic senate vote, the country celebrated this monumental event with huge gatherings and outbursts of emotion and celebration.

12. Not just Argentina stood up for its women

Scotland became the first country to make period products free. Items such as tampons and pads are free to whoever needs them.

This is a monumental development, as in many countries period products are still taxed.

13. And then there was another Trump Dump

If a Trump-themed 2020 wasn’t enough, someone hacked into the president’s Twitter. They simply guessed the password, which was ‘maga2020!’

14. But then J-Lo and Shakira broke the Internet and we all forgot about the miseries of the world

In one of the most iconic Superbowl half-time performances, Jennifer Lopez and Shakira rocked the world during their legendary pre-covid mini-concert. This show most certainly belongs on this list of 20 best moments in 2020.

15. But no one broke the Internet as hard as Carol Baskin!

Remember when we all binged the hell out of Netflix’ Tiger King? Well, it got even better when Carol Baskin competed on Dancing with the Stars.

In a few countries, the rules regarding blood donations from gay and bisexual men have loosened. Where the rule in most countries was that these men could not have sex for periods of three months or longer, countries like the UK and The Netherlands have now loosened those restrictions.

17. First Native American to hold a cabinet position in the United States

Representative Deb Haaland became the first ever Native American to hold a cabinet position in the United States.

We fell in LOVE with Leslie Jordan, and he is well-deserving of a spot on the list of best moments of 2020!

19. And Elsa Majimbo had us in pain from laughing with each of her videos

This video alone deserves all 20 spots on the list of best moments in 2020 if you ask me.

20. Then finally, the world has started the largest vaccination program in history

As the coronavirus vaccine has been approved everywhere around the globe, countries are racing to get their citizens vaccinated as soon as possible. 2021 will be a hopeful year for all of us.

The Banana Is Near Extinction, and This Is How Science Intends to Save It
The Future Is Female
Identifying a Toxic Workplace: 5 Signs to Look Out For
Tags ##MeToo #2020 #Argentina #Native American #transgender #women
Politics